Nvidia’s G-Sync has been in the public domain for a few months and in that time it has gathered a large amount of attention. Some sources, and Nvidia themselves, have been outright in saying that G-Sync will revolutionise gaming. I got the chance to see G-Sync in action a few weeks ago thanks to Nvidia, and here are my thoughts.

I’m going to go ahead and say it from the off; I was impressed by the performance that G-Sync offers. I witnessed a number of comparisons, but the one that really highlighted the capabilities of G-Sync was most certainly the pendulum demo. 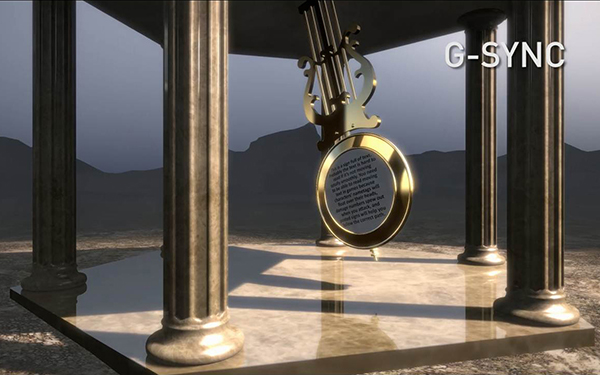 To understand why the viewing experience was made better by G-Sync, a brief explanation of how the technology works will help. Effectively, G-Sync allows a display output (GPU) and the monitor to communicate with each other regarding refresh rate. Unlike with V-Sync enabled or disabled, G-Sync allows the monitor to only attempt to render as many frames as the GPU has readied. That way tearing, stutter, and ghosting effects can be minimised and, to a certain extent, eliminated.

The pendulum demo was an opportunity to directly compare the differences between G-Sync and V-Sync. At 60 FPS V-Sync delivered a pleasant viewing experience with no discernible tearing or ghosting. But once that number dropped below 60 FPS to 50 and even 40, the viewing experience was far less enjoyable. There was noticeable judder and panning around the image presented choppy behaviour. The experience was certainly less than ideal.

Then came the G-Sync comparison. As was the case with V-Sync, G-Sync did not show any noticeable visual issues at 60 FPS. But the difference here was that tearing and stuttering effects did not rear their ugly heads at less than 60 FPS either. The test went all of the way down to 40 FPS, at which point the G-Sync viewing experience was still as enjoyable as a 60 FPS V-Sync comparison.

That’s not to say high frame rates are less relevant; the nearer 60 FPS the G-Sync mode was, the clearer the writing on the pendulum was displayed, especially when panning. But regarding the image as a whole, with small detailed segments (such as the writing) taken out of the equation, G-Sync maintained a tear- and stutter-free image even as low as 40 FPS. The monitor was being told to pick up the relevant 40 or 50 frames per second, not the 60 that would have resulted in missed frames causing tearing or choppy playback.

So what does this mean for the average gamer? Well, the way that I interpret G-Sync is as a tool that allows gamers without the latest-and-greatest in graphics technology to achieve playable frame rates with the eye-candy turned up. The usual remedy for choppy gameplay where frame rates drop below 60 FPS is to turn down image quality settings (or decrease the resolution in the worst case). With G-Sync, 60 FPS is no longer necessary for smooth gameplay, hence image quality levels can be maximised.

As pointed out previously, that’s not to say that 40 FPS G-Sync is the new 60 FPS V-Sync, but as proven by a few additional gameplay demos, clarity at 40 FPS with G-Sync can still result in a playable and enjoyable experience. In general, the same cannot be said about V-Sync, be it enabled or disabled. 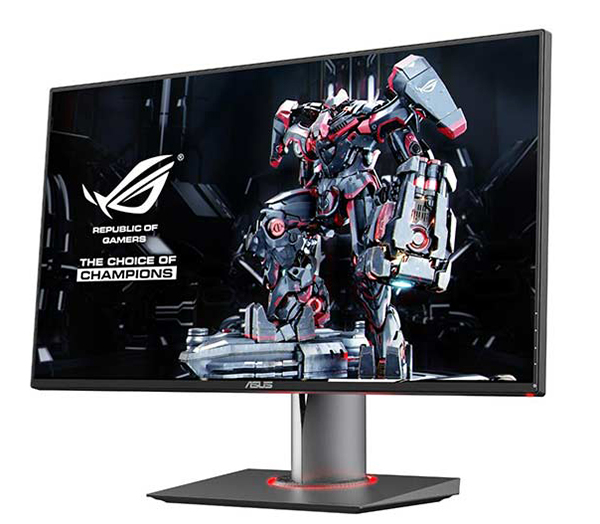 Monitors with G-Sync support should be hitting the market in Q2 of this year. Asus, for example, has already announced that the upcoming ROG Swift PG278Q will feature G-Sync. We also expect other monitor manufacturers, such as BenQ and Iiyama, to release their G-Sync products in Q2. As of now, the only way to get your hands on a G-Sync monitor is via the DIY route with an Asus VG248QE. Some retailers, such as Scan, have taken the liberty of pre-installing the G-Sync kit on the supported Asus monitor.

And speaking of the DIY route, we also expect the stand-alone G-Sync kit to support additional monitors in the coming months. There is a catch though – monitor compatibility will be at the manufacturers’ discretion and will almost certainly result in a voided warranty (the screen’s rear casing has to be removed). Current Nvidia cards support G-Sync via their DisplayPort 1.2 connection, so that looks to be another requirement for the technology. I’m keeping my fingers crossed that the Dell U3011H will be on the list of supported monitors.

KitGuru says: Only time will tell whether G-Sync will ‘revolutionise’ gaming. Having experienced it for a brief period of time, I can honestly say that I am excited by the technology and look forward to testing it out with my own system.

Previous Mega CEO talks about being spied upon at TedX
Next Win Thief 2014 this week on PC!