While new GPUs and the new 16-core Ryzen 9 processor were the main stars of AMD’s Next Horizon event during E3 this week, there were some other announcements sprinkled in too. In particular, ASUS ROG announced a new monitor, delivering 43-inches of 4K, high refresh rate greatness.

The monitor is currently being previewed, so it could be a while before it hits retail. Aside from the 4K resolution and 144Hz refresh rate, this monitor stand apart from the pack thanks to Display Stream Compression technology, which is allows Ultra HD video streams across a single interface. This technology means that you can run at 4K/144Hz without chroma subsampling, which was an issue found with the very first 4K/144Hz monitors to hit the market. It also means all of this can be done over a single DisplayPort 1.4 connection, rather than needing two. 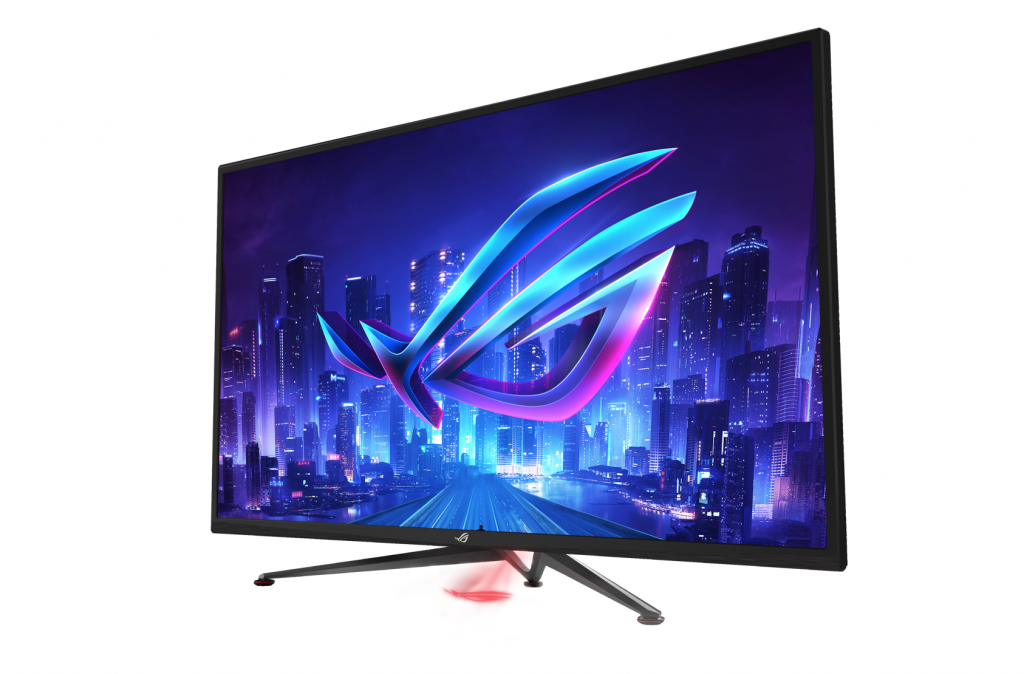 As you would expect from a monitor being shown at an AMD event, this display does support FreeSync HDR, so you can do away with screen tearing. This new ROG monitor also supports the DisplayHDR 1000 standard, so you get 1000 nits of peak brightness, 10-bit image processing and 90% DCI-P3 gamut coverage.

We don’t know exactly when this monitor will be launching but hopefully we’ll have an update on that front soon.

KitGuru Says: We have a lot of frequent readers who want more large 4K monitors on the market. Asus seems happy to oblige, with this display sitting at 43-inches while retaining all of the gaming features you could want.