Philips’ massive 49-inch, 32:9 monitor is getting a resolution bump

In an effort to shake up the ultra wide monitor market last year, both Samsung and Philips took things one step further, launching massive 49-inch 32:9 aspect ratio displays. The first wave of 32:9 monitors sported a 3840×1080 resolution, but this year, Philips will be upgrading this model, with a new 5120×1440 panel and FreeSync 2. 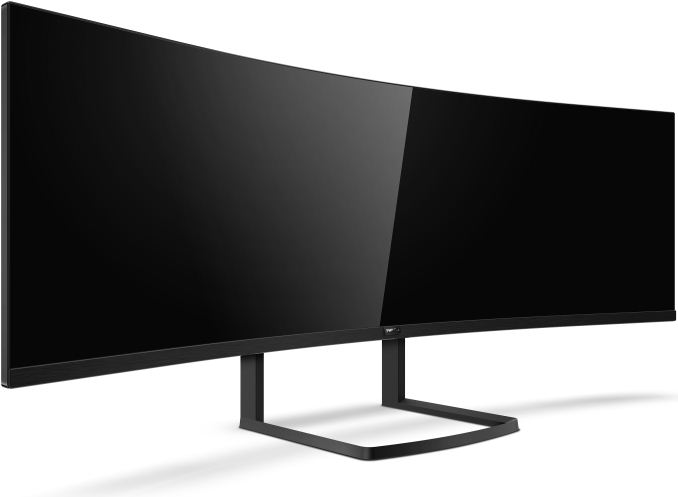 Much like the original, Philips hasn't listed a refresh rate. Samsung's 32:9 CHG90 has a 144Hz refresh rate, but that particular monitor operates at the lower 3840×1080 resolution. The inclusion of FreeSync on Philips' monitor suggests that gaming has been kept in mind, but it could well end up being a standard 60Hz panel.

KitGuru Says: I recently made the jump to 21:9 for my gaming rig and so far, I’ve loved having the additional space at the sides. However, at 49-inches with a 32:9 aspect ratio, I can’t help but feel like the lack of vertical resolution will become a hinderance. Still, I won’t know for sure until I see one in action. What do you guys think of these new mega-wide displays from Philips and Samsung? Is this the next step forward, or should we be sticking to 21:9?