Mad Catz has been back in the peripheral market for about two years now, and this week, the company may have launched its best gaming mouse yet. Today marks the arrival of the Mad Catz R.A.T. PRO X3 Supreme.

Mad Catz returned back in 2018 after clawing its way back from bankruptcy. Since then, the peripheral maker has continued to release a range of gaming mice, keyboards and headsets. The newest to hit the market is the R.A.T. PRO X3 Supreme, the “King of Customisation” – a title stemming from the mouse providing an “exhaustive 108 different combinations of physical configuration”.

The Mad Catz’ R.A.T. PRO X3 Supreme is capable of keeping up with 50g of acceleration and movement speeds of up to 400 IPS. The sensor itself is capable of up to 16,000 DPI, which is a seemingly universal feature among top-end gaming mice.

Mad Catz also has its own accompanying software so that you can save different profiles. You can switch between ten different mouse profiles at the click of a button. The R.A.T. Pro X3 Supreme is shipping starting this week, although it is a limited edition mouse, so it won’t be around forever.

KitGuru says: What do you all think of Mad Catz? Are you tempted by the new R.A.T. Pro X3 Supreme Edition? 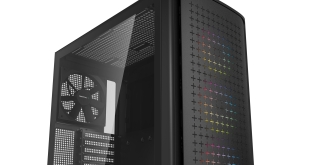 DeepCool has been busy of late, introducing a whole heap of products this week. Besides …