GameMax ships the Tornado in a standard box with a foil metallic model name. The front reveals a blister-pack that shows the physical mouse, while the back has a small picture of the mouse, along with a basic feature + specification list. 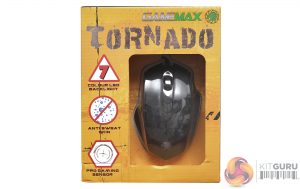 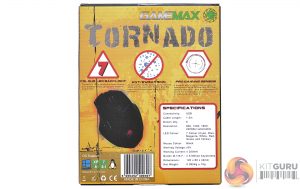 Once you remove the mouse from the box you get a better look at its wide span and curvy design. It’s an ergonomic grip mouse for right-hand users. We didn’t see any left-handed options online, so that could be a market GameMax considered in the future. The mouse itself is hard plastic with a rubberised coating. This sweat-resistant coating will assist with grip, but we know from experience that it will become scratched easily. 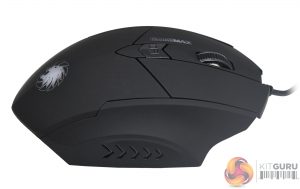 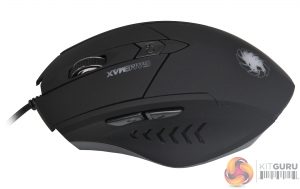 It only has a thumb groove down the left side so no love for the left-handed gamers. I have pretty large hands, so the bulky shape and broad span was perfect for me. There are two buttons on the left of the mouse that allow you to go backwards and forwards between pages on browsers, but appear to have no function in-game. The central button appears to have CPI embossed on the surface, but it actually lets you vary the DPI. 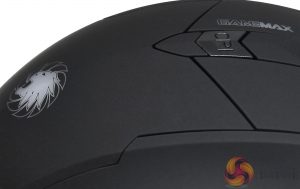 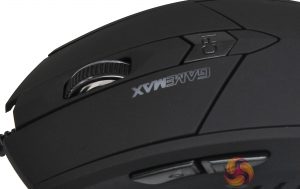 Certain parts of the exterior design have a smoky white colour. Those areas are where the RGB goodness will be emitted once the Tornado is plugged in.

The grippy shape of the mouse is just superb. The weight (or complete lack of it), tells you where the corners were cut, but you can’t fault the exterior lines. 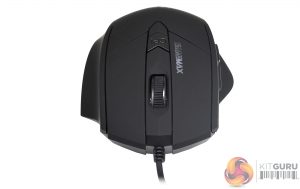 On the underside of the mouse we can get a nice look at what GameMax describes as a ‘Pro Gaming Sensor’.  It is capable of tracking at up to 2000 DPI. As I’ve mentioned, you change the sampling rate by pressing the ‘CPI’ button, which could mean ‘Counts’ per inch, instead of the traditional ‘Dots’. 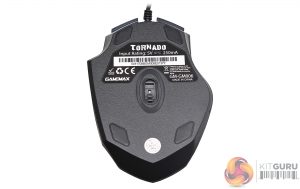 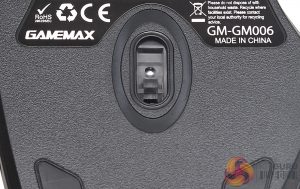 The Tornado comes with a 1.5m long plain black cable. It’s hardly fair to compare this with the soft, braided cables that most of us prefer, given the price.  The cable looks cheap and feels cheap, but it worked during testing – and was so lightweight that it didn’t interfere with tracking etc.

Previous Advent Calendar Day 21: Win ONE of FIVE ASRock motherboards
Next Steam’s top selling games of 2017 have been revealed