KitGuru takes a lot of photos and shoots a lot of video. We lament the lack of IEEE1394 on many new systems. USB2 is OK, but not quite what we need. We want something faster. And we want our friends to have it too.

The wonderful folk at IDC have been busy with the projections [Hollywood films on the office wall? – Ed] and decided that, within 5 years, there will be one USB3 device on the planet for every 2.5 people. KitGuru wonders if we should be shocked by that number?

KitGuru says: We love USB3, but if you’re interested in the massive throughput, remember that every component in the data transfer train needs to be up to spec. It’s not enough to have USB3 on the mainboard. For example, if your card reader, pen drive and other devices don’t all come up to the USB3 spec – then actual data transfer will step down to the speed of the slowest component.

Discuss over here in our forums or just leave a quick comment below. 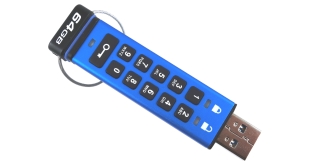 For those looking for a high-security portable drive, the Keypad 200 from Kingston is well worth a look