Any regular reader of KitGuru will know just how highly we have rated the Wavemaster speakers when wee had a look at them late last year. Now, with several new ranges in the launch tubes, it seems like there are some proper bargains to be had on existing stock. KitGuru pulls out the magnifying glass and checks the small print.

As revealed in KitGuru’s exclusive interview last week with Peter Hirschfeld (European MD), Wavemaster is right in the middle of a series of new product launches.

When new product hits the shelves, there’s always a chance for a bargain on existing stock on the channel – as it gets cleared out to make way for new orders.

Right now, UK system builder YOYOTech has a ‘50% off’ deal running on both the Wavemaster MX3+ and Moody 2.1 speakers – which are now down to £15 and £40 respectively.

It also has a small number of the award winning Mobi portable speaker at just £9. 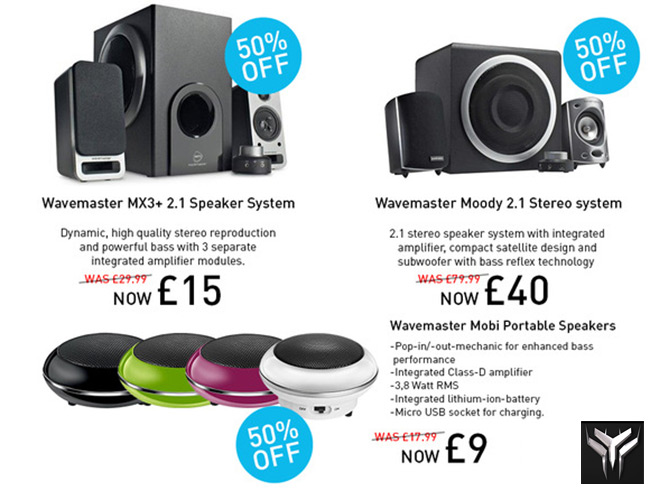 .
KitGuru says: If you’re in the market for a solid set of PC speakers, then these Wavemaster deals from YOYOTech are hard to ignore. However, stock is strictly limited, so don’t expect them to last forever.