While the Wii’s controllers and nunchuks might have introduced us to the idea of motion controlled gaming, it’s only in recent years that we’ve really got to a level where it’s beginning to be a useful and practical way of interacting with games. However, that development hasn’t come from Microsoft’s oft-touted Kinect camera, but from companies like Sixense, with their Hydra system. Now though, that same company has a new generation of motion control, known as the STEM system and it’s on Kickstarter now.

The STEM system combines twin motion controllers, that map every axis of movement and transmit them wirelessly to a base unit, requiring no line of sight and with a very low latency. According to the following video, the lowest in the industry.

This gives the STEM system a massive advantage over the previous generation Hydra controllers, because it isn’t tethered by by wires and has increased sensitivity. However, the Kinect like motion tracking camera, doesn’t just keep an eye on the controllers you’re holding, but can track up to five different body parts, meaning legs and head movement can come in to play as well. Combined with technology like the Oculus Rift and the Omni treadmill, we have the beginnings of truly immersive virtual environments.

STEM is backwards compatible with all Hydra enabled games, as well as being built to work really well with games like Portal 2, Team Fortress 2 and Left 4 Dead 2.

The different components that make up the STEM system

But this controller is only on Kickstarter, I hear you cry. What if it doesn’t get made? Don’t worry. It’s only been on there one day and it’s already passed its quarter million dollar goal, by a huge margin. At the time of writing, from over 1,650 pledges, Sixense has raked in over $425,000 and there’s over 29 days to go!

If you want to get in on the ground floor, you’ll need to pledge at least $200 to get yourself a STEM system, as unfortunately, the early bird $150 versions are all gone. You’ll also need to wait at least until July 2014 to receive your version, so it’ll be some time yet. However, should you want to get testing this new kit a little sooner, sending $1,000 Sixense’s way gets you access to an early developer version of the STEM as well, meaning you’ll be able to help test the kit for its final production run.

If you want to donate to the Kickstarter or learn more, head here for the official page.

KitGuru Says: I still want to get my own Oculus Rift before I get one of these, but it might be up there in second place with an Omni treadmill now.

Previous Halo’s Cortana is Microsoft’s Siri alternative
Next Voyager 1 makes it out of our solar system, god speed 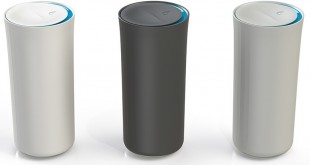