Free running games set in a contemporary universe are always about the city. Even ones set in the near future like Mirror’s Edge and Dying light are focused on leaping from roof top to roof top, but when everyone’s dead (really dead, not zombie dead), maybe it’s possible to go beyond the cities to find something new to run in, around or over. That’s what Donward is, which sees a lone, shirtless man, leaping his way around a world that has seemingly forgotten he existed. 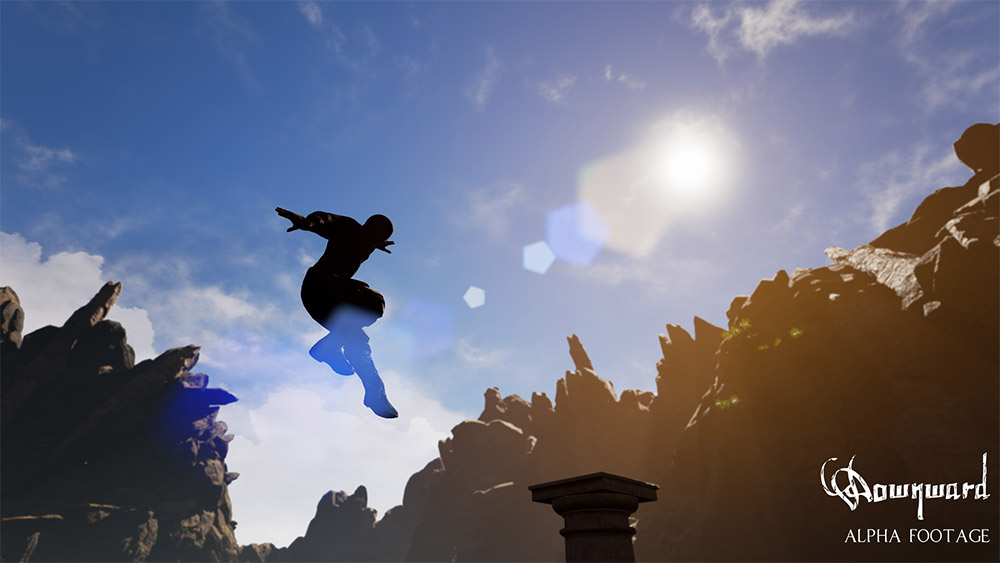 Downward is set in the future form the perspective of the Middle Ages and follows the end of the Book of Revelations, whereby everyone, whether they’ve descended or ascended, are gone, leaving you to wander the world in search of something; what, you don’t really know. But it’s a world that is completely open, with players tasked with making their way across it in the quickest and coolest fashion possible, by climbing and jumping off of tall and impressive things.

Downward is currently being developed by Italian indie studio, Caracal Games. This will be its first official release and it’s currently undergoing alpha testing with plans for a full release later this year on PC.

KitGuru Says: Interesting setting in this one, as well as some fun jumping mechanics. Most often the lack of people in the world is our fault, but arguably not here.