Fortnite is a game that Epic has been developing for many years at this point but apart from its orginal reveal a couple of years ago and the odd rumbling, we haven't heard anything until this week. Two days ago Fortnite got a teaser site with a single image on it, but now we know a little bit more – or at least, we know that this month's Game Informer does.

Revealed late last night was the cover image of the magazine, which shows the four players building and firing weaponry atop the roof of their rickety construction. This we knew was the aim of the game, though Epic has given us more reason to do so in some of the text on the official site.

“You and your friends  will lead a group of Heroes to reclaim and rebuild a homeland that has been left empty by mysterious darkness only known as “the Storm.” Band together online to build extravagant forts, find or build insane weapons and traps and protect your towns from the strange monsters that emerge during the Storm. In an action experience from the only company smart enough to attach chainsaws to guns, get out there to push back the Storm and save the world.” 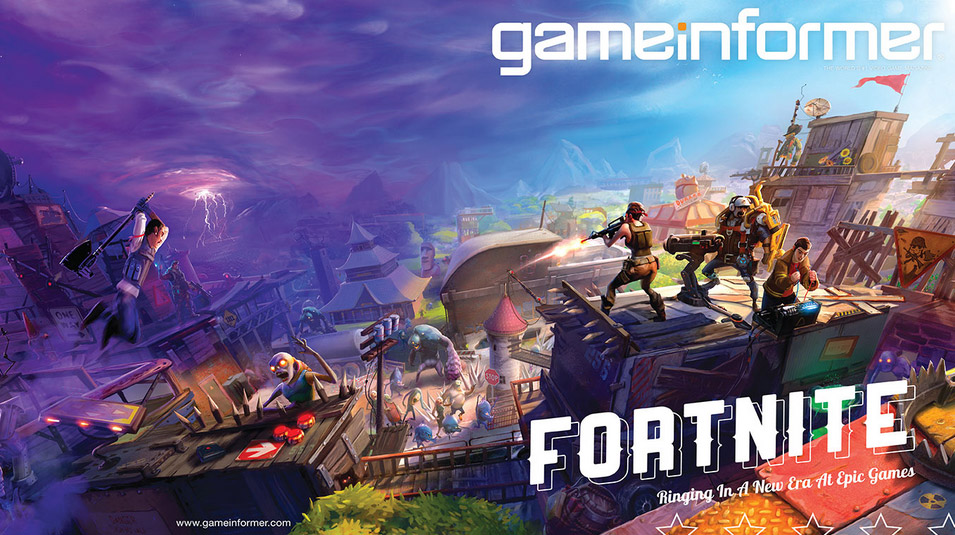 It's a pretty sweet cover too

However players will only be able to save the world if they close gates throughout the world and push back the Storm. Monsters won't like that, so they'll stop at nothing to get in your way, but through looted and created weaponry and defenses, you should be able to do it. To do that you'll need materials, which you can get from a variety of sources, whether it's ones you've blown up or already demolished structures. Use that to build the most destructive base mounted turrets, and construct the finest scrap heap castle you can imagine.

Also as part of this reveal, Epic has opened up alpha signups, so if you want to get in on the ground floor with Fortnite, you can apply here. It's closed so don't expect everyone to be welcomed aboard.

While we won't get a real look-in until the next issue of Game Informer is ready, you can find out a bit more in its online coverage here.

Kitguru Says: Well I signed up. A very stylised Minecraft with a better combat engine and a purpose? I'll take that.