Trackmania Turbo celebrates signs as much as speed

Trackmania is one of the most competitive arcade racers ever created, spawning high-level teams and Esports action, though it's always felt like the separate games with their slightly tweaked setting and track types fragmented the community. That won't be the case with the upcoming Trackmania Turbo though, which puts all racers of all types on the same multiplayer system. But the game won't all be about speed, it's about celebrating different cultural signs too, apparently.

This came to light in a new gameplay demo released by publisher Ubisoft, which sees two members of the developmental team racing through different environments, all of which feature ‘signage' (why not just call it signs?) that has iconic catch phrases and artwork from the relevant regions of the world.

Although the forced banter and scripted discussion from the start of this video is pretty cringeworthy, what's on show isn't. Trackmania Turbo has had a significant visual upgrade from its days as a free to play racer and the developers have made a particular point of making the game more accessible, by ensuring that the tracks (at leas those created by the dev team) have appropriate markings and warnings, so the first time on a track won't necessarily be impossible. 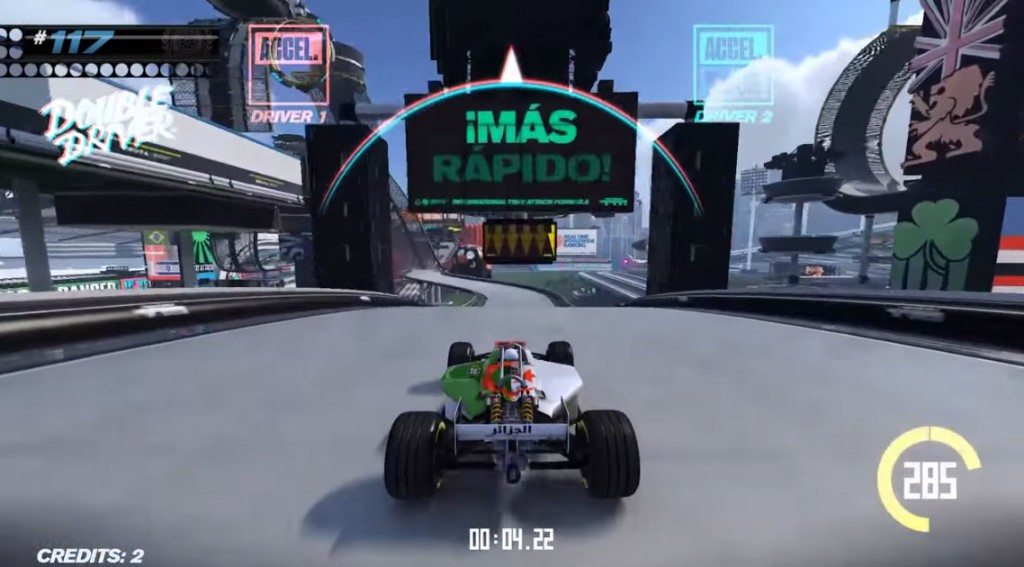 Trackmania tracks are of course designed to be raced on again and again to improve your time, but it was always frustrating to race on one for several minutes and never complete a full lap. That should be less common in the new game.

We also got our first look at Double Driver mode, where two players have some input into the vehicle's direction. It looks rather chaotic.

Trackmania Turbo is set to hit PC, Xbox One and PS4 in November this year.

KitGuru Says: I played a lot of Trackmania Nations towards the end of its lifetime, but never got into the second game as much.