Eve Online developer is making a space shooter for GearVR

Last year, Samsung partnered up with Oculus to launch the Samsung GearVR headset, for use with Galaxy smartphones. Now, CCP Games, the team behind Eve Online and Eve: Valkyrie, has announced Gunjack, a space shooter for the mobile virtual reality headset, set in the same universe as Eve.

Gunjack puts players in the operator seat of a gun turret on a mining vessel out in space. These turrets are your defence against enemies, such as space bandits. Since this is a mobile game, it is fairly simple gameplay-wise, you sit at at the turret and fire at incoming enemies. You will also get power-ups for your weapon, such as homing missiles, lasers and smart bombs. 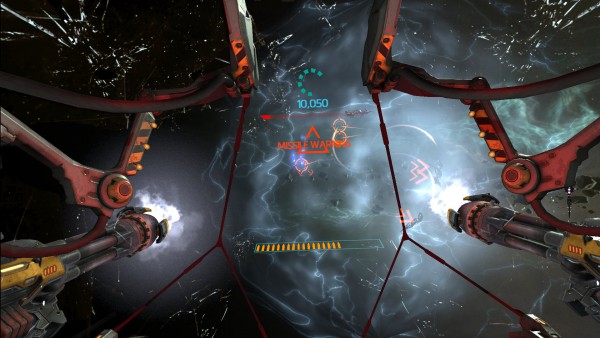 What is impressive is that the game is built-in Unreal Engine 4 and designed from the ground up for the virtual reality experience. In the press release announcement, Gunjack’s executive producer said: “Our goal was nothing less than creating the best game yet for the Gear VR headset. Our team has focused on delivering the most action-packed, graphically-stunning game possible on this new virtual reality platform.”

KitGuru Says: These were the smaller, simpler gameplay experiences that Samsung built the GearVR to cater towards. There aren’t many high-profile VR games currently available on mobile either so this could end up being pretty big.

Previous Gears of War: Ultimate Edition comes with the sequels as well
Next AMD is researching multi-core ‘exascale heterogeneous processor’