AMD partner Sapphire has just announced a new member of its mini-PC family, the metal-encased EDGE DS8. Designed with business professionals in mind, specifically those in the AV sector, the DS8 is specced similarly to the previously released VS8, but packs an SSD and new housing that should improve thermal dynamics with no increase in noise.

It will also come with a two year warranty. 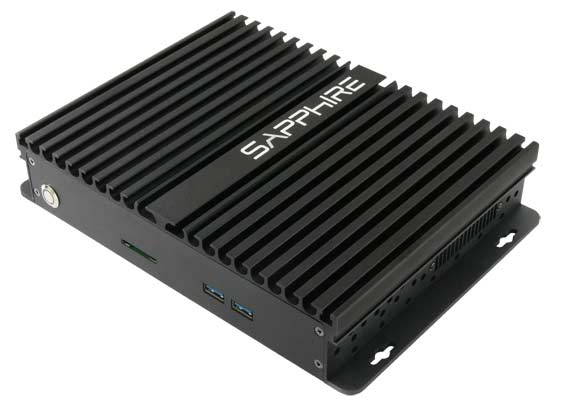 Sapphire has also had the little PC approved  by digital sign creator SCALA, which means it won’t be sold through the usual retail channels, but directly to professional AV companies looking to create “digital signage.” This means that unless you’re in that field of work, chances are you’ll find it hard to get ahold of one of these – though I imagine you could find a way if you really wanted to.

Kitguru Says: The word signage is so dumb. Just call it signs, everyone knows what you mean.

Previous Mantle driver delayed, but you can still try Star Swarm
Next US judge destroys future of mass Piracy lawsuits