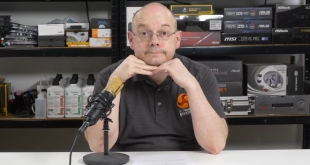 Our opinionated hero is back - the man from England with an opinion on literally everything. This week Leo discusses the apparent death of Nvidia GPP (yay, but is it really dead?). We don't blame you if you missed the 'announced' death of GPP - the news appeared on a blog post on the Nvidia website (a blog post, seriously). Leo also discusses AMD going after ASROCK to find out how Tomshardware got a 580 GPU sample. For those who don't know - AMD have a rule in place that ASROCK are meant to be selling their hardware only in ASIA - but is it really worth making a big fuss over?