Our opinionated hero is back – the man from England with an opinion on literally everything. This week Leo discusses the apparent death of Nvidia GPP (yay, but is it really dead?). We don't blame you if you missed the ‘announced' death of GPP – the news appeared on a blog post on the Nvidia website (a blog post, seriously). Leo also discusses AMD going after ASROCK to find out how Tomshardware got a 580 GPU sample. For those who don't know – AMD have a rule in place that ASROCK are meant to be selling their hardware only in ASIA – but is it really worth making a big fuss over?

Leo also discusses Bitcoin dropping to £7000, Twitter passwords unhashed and the record quarter by Apple. There seems to be no stopping Apple right now (well unless we discuss the disappointing sales of the mega expensive Iphone X that is).

KitGuru uses a variety of equipment to produce content: 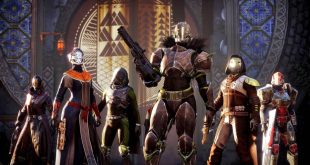 The video games industry is more open and accessible than it ever has been, with games which would previously be console exclusives being brought over to other systems. What’s more, nearly all new multiplayer games now offer crossplay, meaning you can play with whoever you want regardless of your platform of choice. Sony has begun to adopt this mindset, with the company claiming to be taking a “major step forward in becoming more multiplatform.”