Earlier this month, we teamed up with ACER to give KitGuru readers the chance to win a Windows Mixed Reality headset paired with an Acer Aspire 7 laptop. This competition had many entries but unfortunately, there can only be one winner, which we are announcing today.

First, a quick rundown of the two prizes. The Acer Aspire 7 laptop comes packed with an Intel Core i5-7300HQ, 8GB of DDR4 RAM, a 1TB HDD, a 128GB SSD, a GTX 1050 discrete GPU and a 1080p 15.6-inch display. The accompanying mixed reality headset supports Windows 10’s new mixed reality mode. The headset comes with two motion controllers, meanwhile under the hood you will find a display running at a resolution that can rival the Oculus Rift and HTC VIVE. The display runs at a 90Hz refresh rate with a 95 degree FOV. You also get six degrees of freedom tracking. Finally, a front facing camera is included to act as a window back into the real world. The headset supports both virtual and augmented reality content. 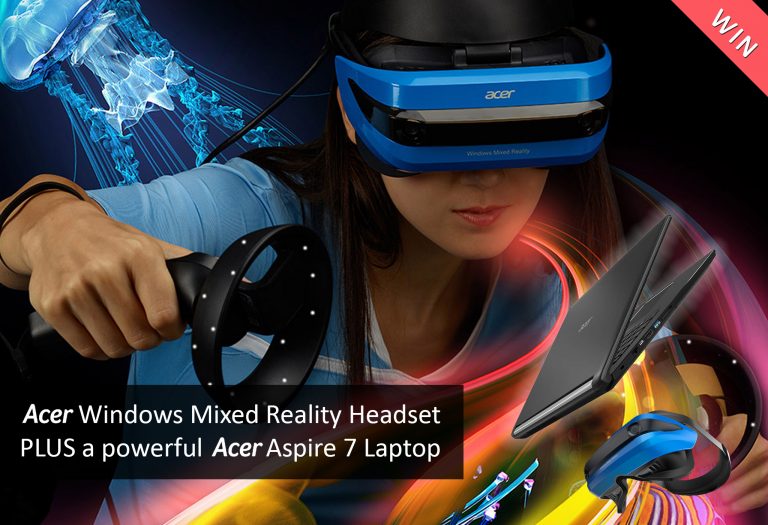 In order to win, all we needed from you guys was an email answering the following question: “what is the per eye resolution of the Acer Mixed Reality Headset?”. The answer was 1440×1440 per eye.

Now without further ado, the winner is…. Sam Murray! We have contacted the winner via email to arrange shipping. If you didn’t win this time, then keep an eye out as we have plenty of other giveaways in the pipeline, including one currently running for an Alienware 15 R3 laptop.

KitGuru Says: Thanks to everyone that entered and congrats to Sam for winning!