Throughout July, we teamed up with the fine folks at Deepcool to run a competition for not just one, but TWO Castle 360 EX all-in-one liquid coolers, featuring Deepcool’s new anti-leak technology. We had a lot of entries for this one but today we are pleased to announce our two winners.

Before we get to the announcement, here is a quick rundown of the prize as a reminder. We first spotted the new Castle 360 EX AIO at Computex earlier this year. This cooler sports Deepcool’s newly patented anti-leak technology, ensuring long-term stability and safety for the cooler. Right now, the Castle 360 EX retails for $159.99 on Amazon, so this is an excellent opportunity to win a solid AIO. Of course, the CPU block is also RGB, so you get that extra touch of customisation for your rig. Given that this is a modern cooler, it comes with mounting support for all modern Intel and AMD sockets, including AM4 and TR4. 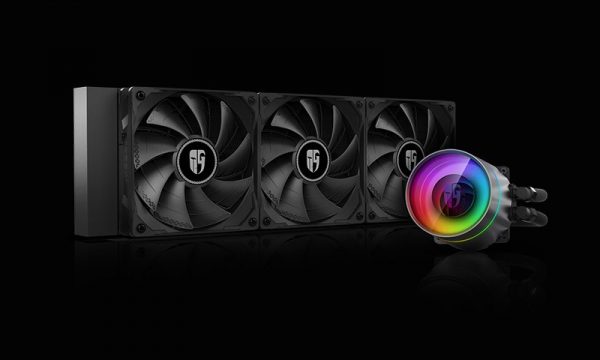 To be in for a chance to win, all we needed you to do was email in and let us know what fans come with the Castle 360 EX cooler. Now with that all out of the way, let’s get on to announcing our two winners.

Our first winner is Adam Woodliffe and our second winner is Josh Dale! We have been in touch with both winners today in order to arrange shipping, so the prizes should go out very soon.

KitGuru Says: Thanks to everyone who entered this one and congrats to our two winners! If you didn’t win this time, then keep an eye out as there is always another competition around the corner.