Win a £1,200 CyberPower system with Gigabyte

With the Euros in full swing and the Olympics coming up soon enough, the world plus dog seems to be getting more competitive. Today we have a challenge in from the PC integration team at CyberPower alongside the mainboard maestros at Gigabyte. Entry is easy – so read on.

The Thermaltake GT chassis is one of those Marmite moments. You love it of you hate it. In snow white leopard colours, you will get an even stronger reaction. Personally, from a KitGuru perspective, it's nice if someone else has done the assembly for you and, today, that's exactly what it being offered.

Originally from the States, CyberPower has been selling in the UK for a good few years now and all of its PC systems comes with a 3 year warranty – showing confidence in component selection and build quality.

As a brand, Gigabyte is well known to KitGuru readers and this prize includes a Gigabyte GA-Z77X-UD5H mainboard alongside the GTX 560Ti 448 cores VGA card. The CPU is, naturally, an Intel Core i5 3570K.

If you aren't lucky enough to win the main prize, then you might end up with a Gigabyte Aivia M8600 Wireless Gaming Mice as runners up prizes. They are giving away three of these to runners up. 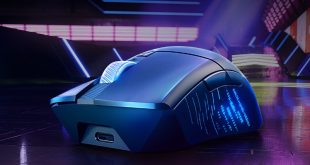 Our regular readers will know that we like to run a lot of our own competitions here, but sometimes we spot one running elsewhere that we think you'd all be interested in. This month, ASUS ROG has teamed up with mouseskins.gg to give away a £1000 cash prize in a mouse skin design competition.