It looks like loot boxes are here to stay in 2018

If you think loot boxes are so 2017, it seems that you’d be wrong as it looks like the practice isn’t going anywhere anytime soon. For the past three years, more than 4,500 developers who have attended the Game Developers Conference have expressed their intention of implementing “paid item crates,” with 11 percent of the survey respondents confirming that their work-in-progress will house the microtransaction system.

The reasoning has been floating around for as long as the loot box controversy itself, in that some developers deem the practice necessary for the continued survival of their title given the current stability of the industry. According to the GDC's State of the Industry survey update, this opinion is shared throughout the majority of the game industry.

Many developers believe that the problem lies with how the loot boxes and microtransactions are implemented, rather than the use of them in general. Whereas Eastern countries such as China have laws implemented to protect consumers from such harmful practices, the Western world is currently open to be exploited to a certain degree. The main highlighted problem, however, is the difference between the cultures, which is often circumvented through the use of a cosmetics only approach over in the West. 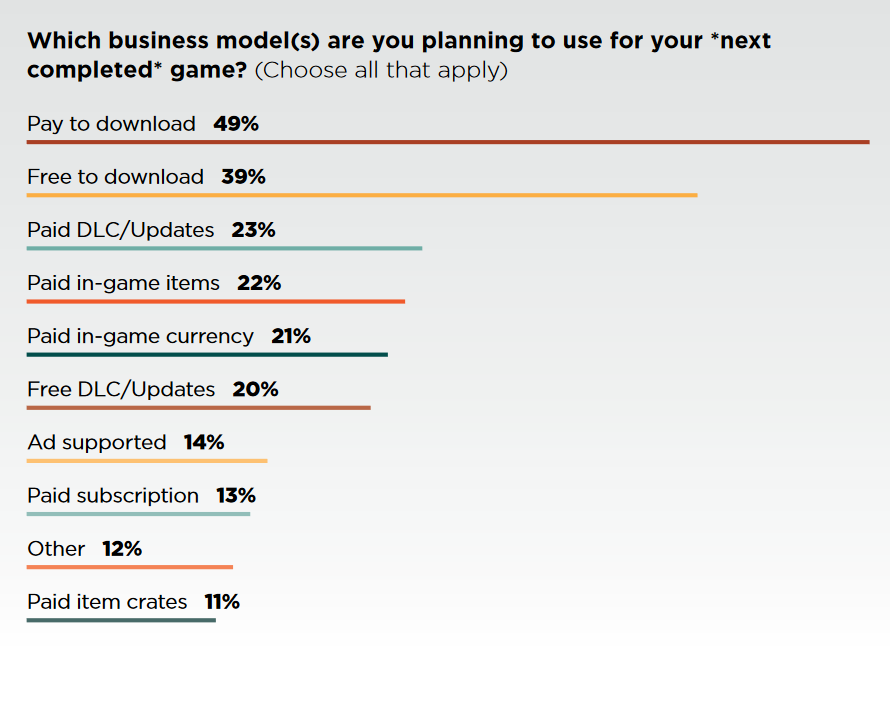 “Time is money,” wrote one respondent. “So long as A) the content is also accessible by playing the game; and B) this and all parts of the game are balanced for gameplay FIRST and monetization second; then I see no legitimate basis for complaints.”

While ideal to have non-intrusive microtransactions, this isn’t always the case as EA’s Star Wars Battlefront II and Activision’s Destiny 2 have gone on to prove. Another respondent notes that these titles “will have a lasting impact on the industry” which is worrying for “game creators’ jobs more than anything,” and might go on to affect titles which implement the practice in a more mindful way.

Still, “microtransactions have to be a part of your strategy in AAA gaming. So everyone will need to figure out what works for them.” It is necessary, not only to keep servers active and running, but to keep developers at work and creating.

The Game Developers Conference will run from March 19th 2018 until the 23rd over in San Francisco, California.

KitGuru Says: I’m left bitter about the practice after the many debacles that hit last year. The struggle is creating something that isn’t pay-to-win or mandatory to enjoy the game, while still housing microtransactions to sustain the game’s longevity. This is even more important for games as a service titles. How do you feel about loot crates and microtransactions? Is there any feasible way to include them?