Among the controversy surround YouTube’s newest Partnering policy, Twitch has taken the time to unveil its new Video Producer suite alongside an exclusive deal with Disney. This entitles the platform to exclusive content from four of YouTube’s biggest stars, including Jacksepticeye, Markiplier, LuzuGames and Strawburry17.

Twitch’s new Video Producer suite will be available to all content creators, enabling easier access to on-demand content. This is split into two tools: Premieres and Reruns. The former allows broadcasters to create a landing page for on-demand videos as well as setting a countdown timer for when the next event is going to begin. Reruns act similar to archived videos, but are instead a scheduled showing that allows viewers to chat in real-time.

This is all an attempt for Twitch to expand beyond its current streaming structure into pre-recorded videos similar to that of its rival, YouTube. The same can be said for Twitch’s deal with Disney Digital Network, in which Disney-managed creators Jacksepticeye, Markiplier, LuzuGames and Strawburry17 have been roped into a multi-year contract to produce content exclusively for Twitch. 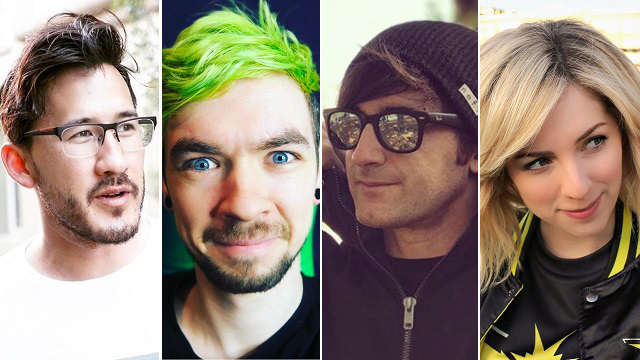 Most of these are already prominent streamers, however, the exclusive deal means that any content made for the livestreaming service won’t appear on their respective YouTube channels, in which each house more than 1 million subs at the minimum. The quartet won't be prevented from creating YouTube content entirely, however, as this deal will simply restrict specific content to certain platforms.

Twitch’s aim is to diversify its content beyond gaming, in which it gained its popularity. This is a strange move to go about it, however, as three of the four content creators tapped for the deal have made their names through gaming-specific content. Disney’s aim is similar, as it is looking to extend the confines of its YouTube content into other platforms.

“Partnering with Twitch gives our biggest creators access to the platform’s tools, expertise and community to directly engage with and build their audiences,” explains Andrew Sugerman, executive VP of publishing and digital media for Disney Consumer Products and Interactive Media.

New content is expected to arrive on Thursdays, so keep an eye on Jacksepticeye, Markiplier, LuzuGamesTwitch and Strawburry17Plays as they each move forward.

KitGuru Says: The new Video Producer suite seems like it is in favour of smaller content creators who are looking to grow, a distinct contrast to YouTube’s new restrictions on its Partnership Program. Are you looking forward to see the stars create new content? How about the new tools embedded in Twitch for on-demand content?