Back in November, just ahead of the CES rush, we learned that Samsung had already won an award for its upcoming GDDR6 memory. We didn't get a chance to learn more about it at CES, but this week, Samsung has finally shared some details. Today, the company announced that it has started mass producing the industry's first 16 gigabit GDDR6 memory, which will appear on next-gen graphics cards later this year.

Samsung's GDDR6 memory will be implemented in gaming GPUs, as well as those that power automotive, network and AI systems. This memory is built on Samsung's 10nm process technology, and comes in 16Gb (gigabit) density, double that of Samsung's 8Gb GDDR5 memory. 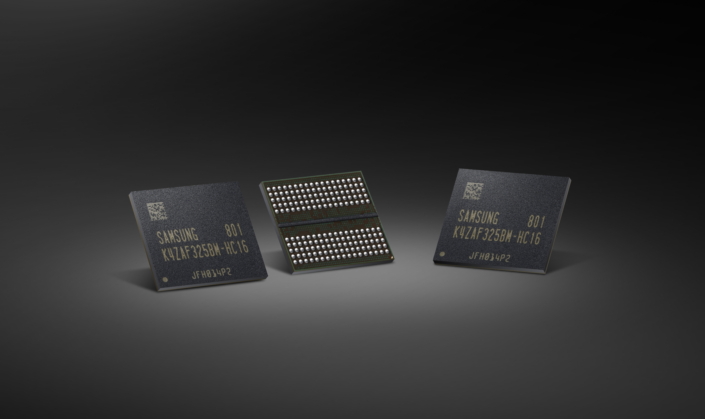 According to Samsung, this new GDDR6 memory performs at an 18Gbps pin speed with data transfers of up to 72 gigabytes per second. These speeds are a huge jump over Samsung's GDDR5 but it hasn't come at the cost of increased power consumption. Using a new circuit design, Samsung was able to get its GDDR6 modules to run at 1.35V, which is 35 percent lower than GDDR5, which would often run at 1.55V.

KitGuru Says: Mass production for GDDR6 has kicked off at Samsung and we know that Micron and SK Hynix also have their own plans to begin rolling out their own GDDR6 memory. Now we just have to wait for the likes of Nvidia and AMD to begin pumping out some new GPUs showcasing it.

Previous Fortnite Battle Royale is hurting Epic’s other titles, including Paragon
Next Twitch takes a dig at YouTube by tapping four of its high-profile content creators in Disney deal