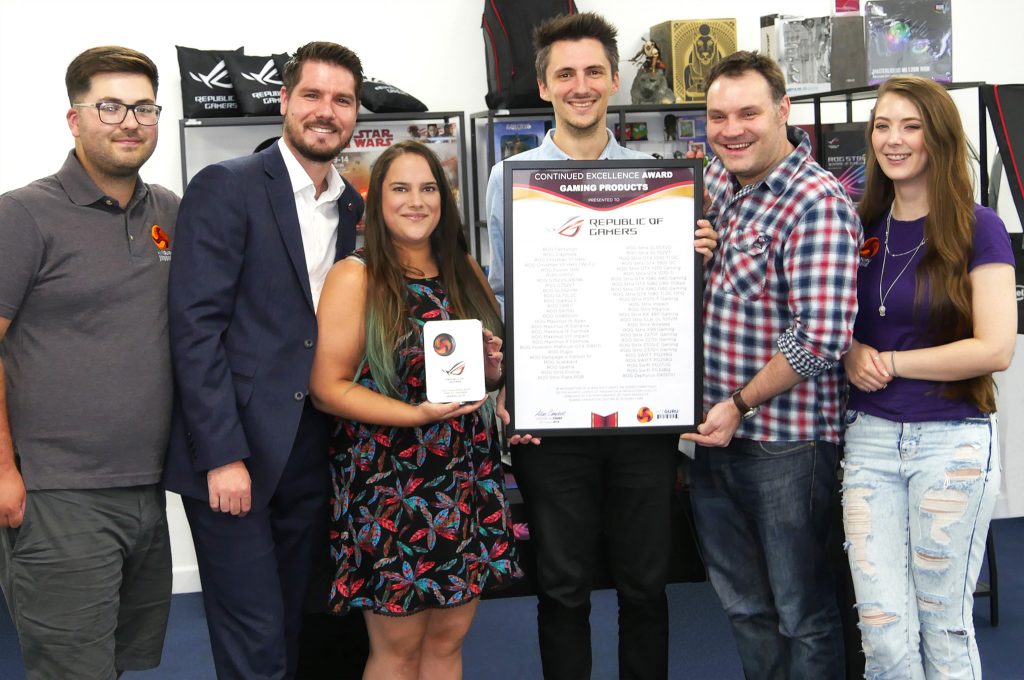 An award like this doesn’t come around often – in fact, only two have been give out to date, including this one – so KitGuru reviewers Dominic Moass and Briony Hannam hopped on the train to Hemel Hempstead, to visit ASUS HQ and present the Continued Excellence award in person to ASUS ROG representatives Alan Spohr, Trishna Cole, Anthony Pritchard and Sean Cleaver.

A physical award was presented, as well as a framed list of all the ASUS ROG products to win awards from KitGuru over the last two years. As you can see, it is not a short list! 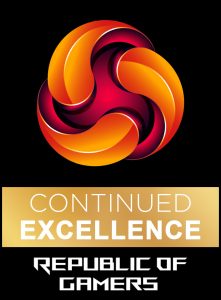 The Continued Excellence award is given in recognition of a manufacturer’s on-going commitment to the highest levels of innovation & production quality. Embodied in the performance of their products during exhaustive testing by KitGuru labs.

In essence, we are proud to work with ASUS ROG and we recognise the sheer amount of awards that its products have won from KitGuru over the last couple of years. This award is given in recognition of that.

KitGuru says: ASUS ROG is a worthy winner of the Continued Excellence award for its gaming products.