ASUS unveiled its ROG Phone back at Computex, showcasing a variety of features tailor-made for the mobile gamer. Just in time for the holidays, the firm has now revealed its UK launch date to be December 14th, however early birds might be able to snag a worthy deal by pre-ordering.

There’s no shortage of gaming smartphones on the market, with Razer releasing its sequel handset and Huawei recently throwing its hat in the ring with the Mate 20 X. ASUS has taken a slightly different approach thanks to its “pedigree” in the PC market, revealing its four cornerstones to the design of the ROG Phone.

First up is power. The ROG Phone boasts the world’s fastest Snapdragon 845 processor, thanks to ASUS’ vast PC knowledge enabling the firm to overclock as high as 2.96GHz. This has subsequently been coupled with 8GB RAM, 500GB of storage and a large 4,000mAh battery, supposedly helping the smartphone to top mobile gaming benchmarks. This did make for a flawless Fortnite: Battle Royale and PUBG experience, with no noticeable frame drops. 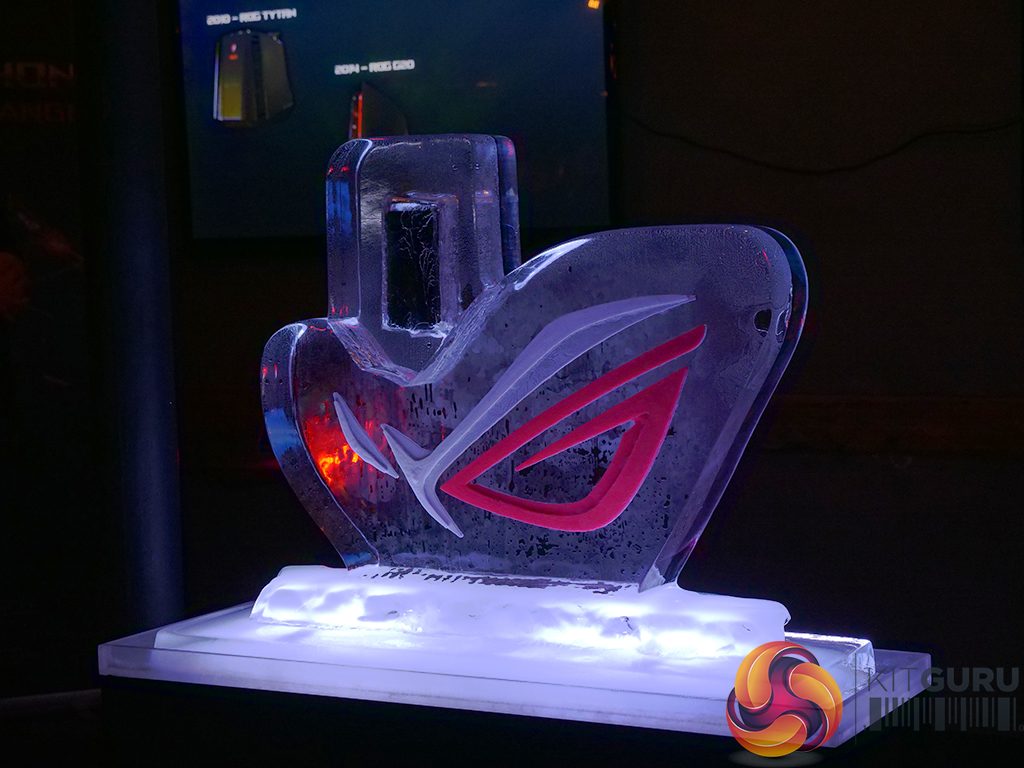 Of course, with greater power comes the need for better cooling in order to maintain performance. ASUS' solution to this is the same vapour chamber cooling often found in laptops, and heatsinks that are 16 times larger than many competitors. By contrast, the firm boasts that these methods help to keep the handset “60% cooler for longer, meaning users get 5 times the optimised gaming experience.”

For good measure, the company has also included its Air Active Cooling Fan that attaches via its side-mounted USB-C, reducing temperatures by up to 4.7 degrees °C. All showcased ROG Phones had this attached to their back. Although the fan was a little audible, the smartphone itself was almost untouched by heat despite running games the entire time. 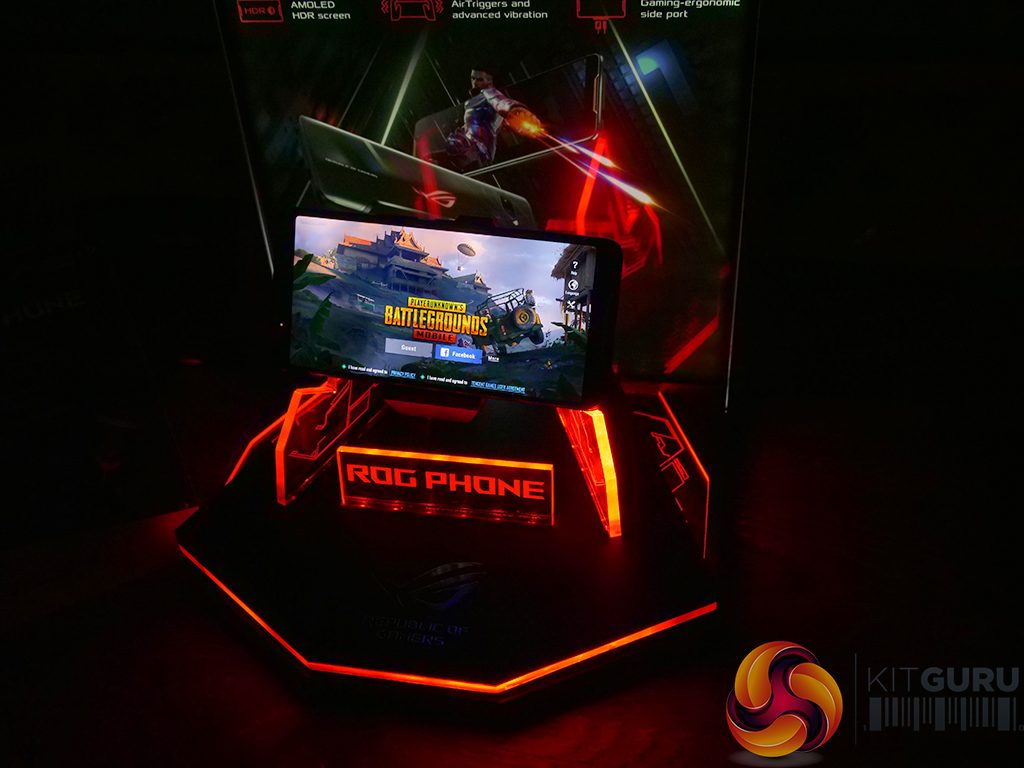 None of this would particularly shine if the screen wasn’t cutting-edge. The 1080 x 2160 Super AMOLED panel sports a 90Hz refresh rate and 1ms response time, ensuring a smooth as butter frame rate. ASUS admits that “there are faster refresh rates out there, but that impedes your gaming experience. You don't get the same colour vibrancy or the same brightness.”

Lastly, the ROG Phone has to be ergonomically suited to the player’s hands. Not only is the device a good weight to hold, ASUS has attempted to re-create a controller-like experience by introducing its own take on shoulder buttons. Dubbed “Air Triggers,” players simply need to tap on the shoulders to activate the built-in mappable functions. The side-mounted USB-C port comes in handy once again, giving players the ability to charge their handset or plug headphones in without the wire becoming a hindrance. 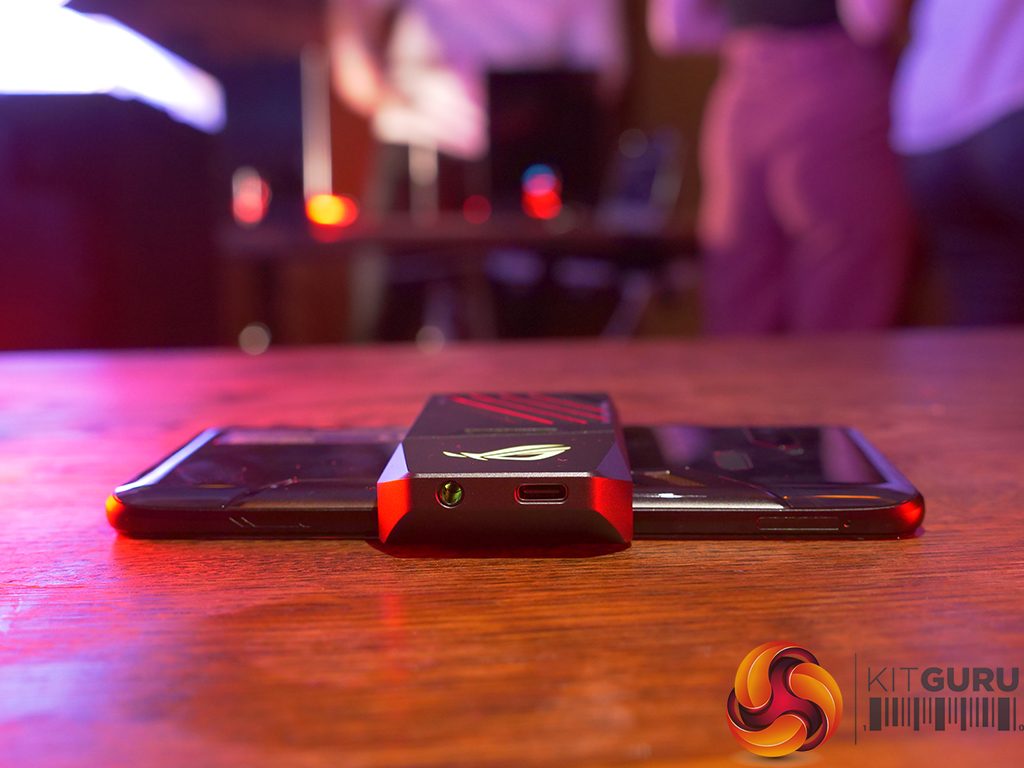 The side-mounted USB-C connector supports a variety of peripherals, including the TwinView Dock, keyboard and mice, all of which debuted at Computex. Unfortunately, ASUS has revealed that only two first-party add-ons will be available in the UK, meaning those interested in the seemingly extensive library might have to rely on third-party or imports.

The ROG Phone is set to hit shelves at a retail price of £799 on December 14th. Pre-orders are now live in the UK from the ASUS store, and those that chip in early can get a cool £100 discount while stocks last, setting early birds back £699 in total.

KitGuru Says: Overall, the ROG Phone certainly does the gaming market justice with its premium build and stand-out performance. The one thing the ROG Phone has over its competitors is the modular ability to attach extra devices, which was sadly lacking at the London event aside from the Air Active Cooling Fan.

Previous Win a STEAM game of your choice! (closed)
Next Nvidia is investigating the cause of RTX failures while offering replacements