Amazon’s effort in facial recognition was made public this week, with Rekognition being developed in collaboration with US authorities in order to catch up to rival nations. Rekognition faces many problems now that its algorithm is in the wild, from privacy concerns to racial bias.

Rekognitions facial recognition technology can identify as many as 100 faces within a single image, comparing its findings with that of a cloud-based database containing tens of millions of profiles. This makes the technology a natural fit for law enforcement, which, despite stumbling in the UK, has proven successful in other countries such as China.

This has drawn concerns from civil rights group, the American Civil Liberties Union (ACLU), which claims Rekognition’s software guide to “read like a user manual for authoritarian surveillance”. The ACLU dug deeper, obtaining email exchanges between Amazon staff and law enforcement agencies in Oregon and Florida as early as last year.

The collaboration has been described by Orlando’s police chief as a “first-of-its-kind public-private partnership,” according to ACLU, in which Amazon is not only providing the technology but resources to help government agencies deploy Rekognition across the states. 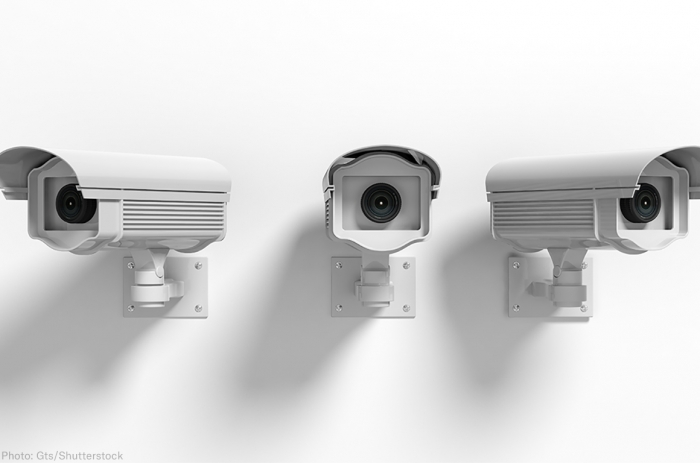 In true ‘big brother’ fashion, the ACLU highlights concerns surrounding Amazon’s newfound ability to search for “people of interest” as footage rolls in from “cameras all over the city.” People of interest have been highlighted as anything from wanted criminals to missing children, but also extent to undocumented immigrants and Black activists.

Unfortunately, this is further complicated by the common problem in facial recognition technology, which is racial and gender bias. “We have been shocked at Amazon’s apparent failure to understand the implications of its own product on real people,” ACLU’s Matt Cagle says. “Face recognition is a biased technology. It doesn’t make communities safer. It just powers even greater discriminatory surveillance and policing.”

Rekognition is considered a “powerful surveillance technology” by the ACLU that will even be adapted into everyday cameras, starting with police body-cams. “This would turn those devices into surveillance machines aimed at the public,” explains Cagle, with the data of over 300,000 people already accessible through a simple application in the state of Oregon.

Despite this, Amazon has defended its case stating that “our quality of life would be much worse today if we outlawed new technology because some people could choose to abuse the technology. Imagine if customers couldn't buy a computer because it was possible to use that computer for illegal purposes?”

Nevertheless, the ACLU has expressed its concerns with Amazon rushing into this foray “with no meaningful restrictions to limit how governments can use this and local governments themselves and local law enforcement are not adopting their own restrictions.”

KitGuru Says: It is worrisome how much power a private company will have over sensitive data, not to mention the privacy concerns for non-offenders. Nineteen Eighty-Four, here we come. Does Amazon’s Rekognition technology make you feel safer or worry about your own privacy?