Competition has been heated in the microphone department over the past few years, as vendors do their best to dethrone the Blue Yeti as the de facto device among streamers. Kingston’s gaming arm HyperX is now jumping on the bandwagon with its first standalone microphone, dubbed the QuadCast.

HyperX has kept convenience in mind with the QuadCast, shipping the recorder with a built-in anti-vibration shock mount and a built-in pop filter. Its USB input is designed to deliver clear and consistent audio, much like the oft-superior XLR input but without the complication of preamplifiers and interfaces.

There are four polar patterns consisting of stereo, omnidirectional, cardioid, and bidirectional to cater to any situation. Cardioid is the most used among HyperX’s target audience of streamers and gamers, picking up the person directly in front of the microphone, although bidirectional often proves useful in interviews between two people using the one device.

Careful not to deviate from its signature red and black colour scheme, HyperX has placed red LED lighting in the pickup of the QuadCast to indicate when the device is powered on. Using the tap-to-mute feature will shut this lighting off, a handy feature to keep track of the microphone’s status when recording. Unfortunately, this lighting does not seem optional at this stage, but could be added as a feature in the future. 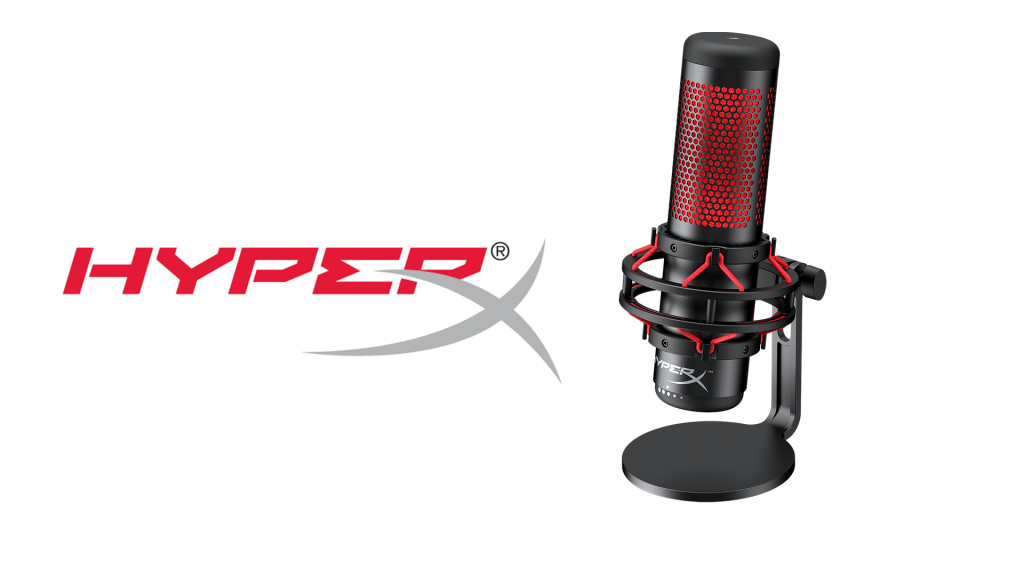 As usual, users can adjust the gain via the control on the body of the QuadCast, and is offers “multi-device chat program compatibility” certified by both Discord and TeamSpeak. Unlike Blue’s reliance on proprietary accessories, HyperX has ensured that the included mount can fit both 3/8” and 5/8” thread sizes without any fuss.

“Over the years, HyperX has become synonymous with gaming. Our continued efforts have created a range of high-performing peripherals for gamers,” said Julien Millet, business manager, HyperX, EMEA. “With the introduction of the HyperX QuadCast microphone, our team is showing its continued dedication to gamers, streamers and casters alike.”

The HyperX QuadCast is currently available through select retailers, setting users back £119.99 / €139.99.

KitGuru Says: We cannot attest to the quality of the microphone without testing it first-hand, but it would be interesting to see how it stacks up against competition. Even if the LED isn’t customisable at this time, it is prominent and accessible unlike the Razer Seirēn Elite's peaking indicator which is blocked by the included windshield. What microphone solution are you currently using?