It seems as though Netflix is keen to shake up its current subscriptions, trialling changes made to its Premium tier and introducing the brand new ‘Ultra’ package. Instead of expanding what its subscriptions offer, however, it seems as though the streaming giant is simply offering all it used to for a distinctly higher price.

While these prices have remained the same during the testing of the new ‘Ultra’ tier in Italy, the Standard package has been demoted to a single screen, while Premium is downgraded to just two screens and now lacks HDR support. Instead, HDR support across four screens simultaneously is the hook of the new Ultra subscription, according to Tutto Android, with pricing fluctuating from €16.99 to €19.99 during its trial. 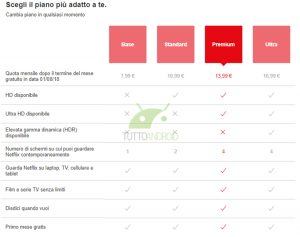 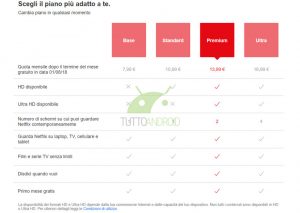 “In this case, we are testing slightly different price points and features to better understand how consumers value Netflix,” the streaming giant explains in a statement to CNET. “Not everyone will see this test and we may not ever offer the specific price points or features included in this test,” meaning the final form of Ultra, if it does indeed make it to market, could be very different.

“We continuously test new things at Netflix and these tests typically vary in length of time,” said a Netflix spokesperson. “In this case, we are testing slightly different price points and features to better understand how consumers value Netflix.”

KitGuru Says: This spells bad news for current Netflix users, with two packages seeing major changes. Personally, I hope that Netflix implements a legacy system to reward loyal customers as it once did with its first major price rise. How do you feel about the new tier pricing?

Previous Loot boxes aren’t gambling in France, but should still be controlled according to regulator
Next Valve unveils the top selling games on Steam for the first half of 2018