For the past five years, the title of ‘world’s fastest supercomputer’ belonged to China thanks to Sunway TaihuLight in Wuxi. Now, the United States has peaked once again with the introduction of Summit, an AI-powered supercomputer Oak Ridge National Laboratory (ORNL), Tennessee.

To put things in perspective, China’s TaihuLight has a processing power of 93 petaflops, while the US’s Summit hits a staggering 200 petaflops, allowing the device to process 200,000 trillion calculations per second.

The supercomputer was developed as a joint project between IBM, Nvidia and ORNL, containing 4,608 compute servers and more than 10 petabytes of memory, which is the equivalent of 10,000 terabytes. Its purpose is to explore astrophysics, cancer research and systems biology. 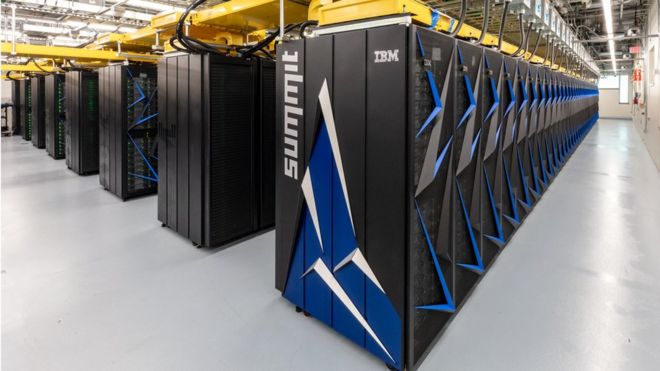 “We know we're in a competition and it matters who gets there first,” explains S Secretary of Energy Rick Perry, speaking at the ORNL event “The ability to show the rest of the world that America is back in the game and we're back in the game in a big way is really important. Summit's computing capacity is so powerful that it has the ability to calculate 30 years' worth of data saved on a desktop in one hour… this is about changing the world.”

While the United States has regained control of first place, China still controls more of the remaining top 500. Within the 49th publication of the world’s top supercomputers last year, China was found to own 202, while the US fell behind at 143. The US’s previous top contender was Titan, ranked 5th as of 2017.

KitGuru Says: As usual, this is great news as the competition between the two nations is sure to drive innovation, and therefore progress in medical and scientific fields.

Previous Apple botches iPhone batteries once again after its iOS 11.4 update
Next BlackBerry Key2 pre-orders are live in the UK ahead of June 26th launch