A round button on the Gauntlet Node’s rear edge can be used to indicate the enclosure’s current charge level via a quartet of white LEDs positioned alongside.

The USB 3.0 connector, power button and charging input are located in an easily-accessible location on the right side of the Patriot Gauntlet Node.

Lifting the drive tray reveals the Gauntlet Node’s controller board and a 3350 mAh Li-ion battery capable of supplying up to 5.5 hours of usage.

Installing a 2.5″ HDD into the Gauntlet Node was a straightforward process. Following the manuals instructions of attaching the grommets to your drives mounting holes before placing the HDD into the Gauntlet Node’s tray made the process quick and efficient. Re-attaching the bottom cover was a tight fit, but once the screws were in place the installation was secure enough for us to deem the enclosure portable and the drive safe. 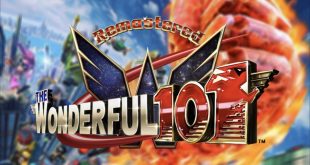 After The Wonderful 101: Remastered was announced for Kickstarter and surpassed its goal by tenfold …