It has been nine months since Bang & Olufsen and Xbox announced a new partnership to deliver “high-end gaming audio”. Things fell silent pretty quickly but that changed this week, with the announcement of the Beoplay Portal, a multi-platform wireless headset aimed at Xbox and PC gamers.

Typically when we talk about ‘high-end' gaming headsets, we mean headsets that sit in the £150 to £200 price range. As a high-end audio brand, the Beoplay Portal has more in common with high-end headphones than gaming headsets, something that is amplified by its $499 USD price tag – the same price as an Xbox Series X console. 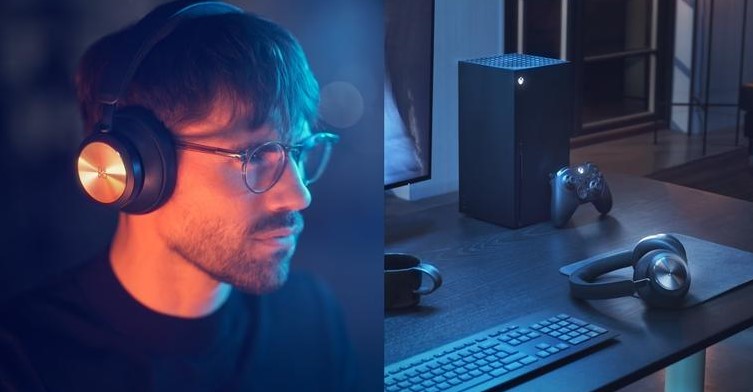 Getting into the specifications, the Beoplay Portal includes two custom-designed 40mm neodymium drivers, with the custom tuning handled by B&O's acousticians to ensure faithful audio reproduction. To keep outside noise from interfering, Active Noise Cancellation is used, although these headphones feature a new way of handling ANC, with a combination of feed-forward and feed-back ANC to further block out background distractions.

As you would expect from a pair of headphones designed in partnership with Xbox, the Beoplay Portal supports wireless audio over the Xbox Wireless Protocol, meaning you can sync it up with your console the same way you sync a wireless controller – this also works for PCs with the Xbox Wireless Adapter (sold separately). For other platforms, Bluetooth 5.1 aptX Adaptive connectivity is supported, as is USB-C for a wired connection.

Not much has been confirmed about the microphone's technical specs, but we do know that Directional Beamforming is used to remove the need for a boom microphone, allowing the mic to be hidden in the earcups instead.

The 1,200 mAh battery offers up to 24 hours of playtime using Bluetooth and ANC, or 12 hours of playtime using Xbox Wireless, Bluetooth and ANC all at once. The Beoplay Portal will be available in multiple colour options when it launches globally on the 29th of April. Those in the US and Canada can already pick up these headphones at retail and online starting this week.

KitGuru Says: Its a high price tag, but these aren't necessarily ‘gaming headphones', they are audiophile headphones with the option of console connectivity for gaming, which is admittedly a very niche market. What do you all think of the Beoplay Portal? What's the most you would spend on a decent pair of headphones?