Back in September, Oculus announced that its console-like standalone VR headset, the Oculus Quest, would be getting support to run on PCs. The Oculus Link allows the Quest headset to run PC-exclusive VR titles and harness the full power of your system, rather than just relying on the built-in hardware. Now, just as Valve's Half-Life: Alyx has been announced, the Oculus Link has launched.

The Oculus Link software is now available in beta form, all users need to do is hook the Quest up to a PC using a sufficient USB-C cable, run the software and get to playing. There are some caveats for the beta though, including PC system requirements. 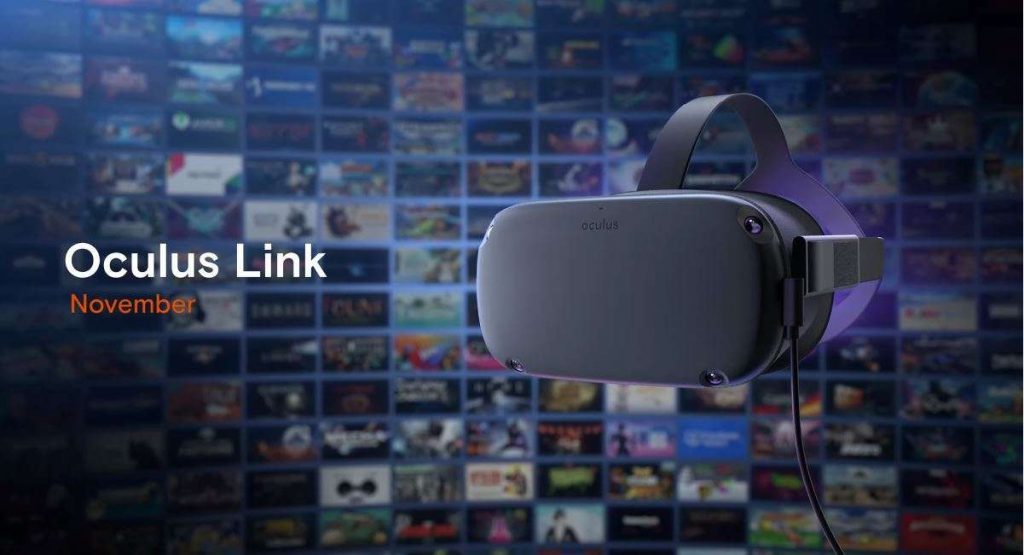 AMD graphics cards will be supported before the end of this beta. Also while you will need to find your own high quality USB Type C cable for now, Oculus will be releasing its own optical fibre cable at some point soon, which will be 5-meters long and sport 5Gbps bandwidth.

KitGuru Says: Oculus Link launching this week is excellent timing, with standout VR titles like Asgard's Wrath and Stormland hitting the market and titles like Boneworks and Half-Life: Alyx coming fairly soon. Do any of you currently own an Oculus Quest? Will you be looking to use Oculus link for some of the bigger VR games?