Since Nintendo released the NES Mini a couple of years ago, there has been a huge boost in popularity for retro consoles coming back in miniature form. We’ve seen Nintendo continue the trend with the SNES Mini, Sony jumped on board with a miniature PS1 and now this year, SEGA will be releasing the Genesis/Mega Drive Mini with 42 classic games pre-installed. Much of the game library for Sega’s classic console has remained a mystery but now we have the full list of games available.

These mini consoles can be hit or miss depending on the game selection. Nintendo has largely managed to please fans, while Sony received quite a bit of criticism for its game selection for the PS1 mini. The Sega Genesis Mini will have a pretty solid library, with 42 confirmed games, although of course it is highly likely that the mini console will be moddable, so you could potentially add more games of your choosing later on. 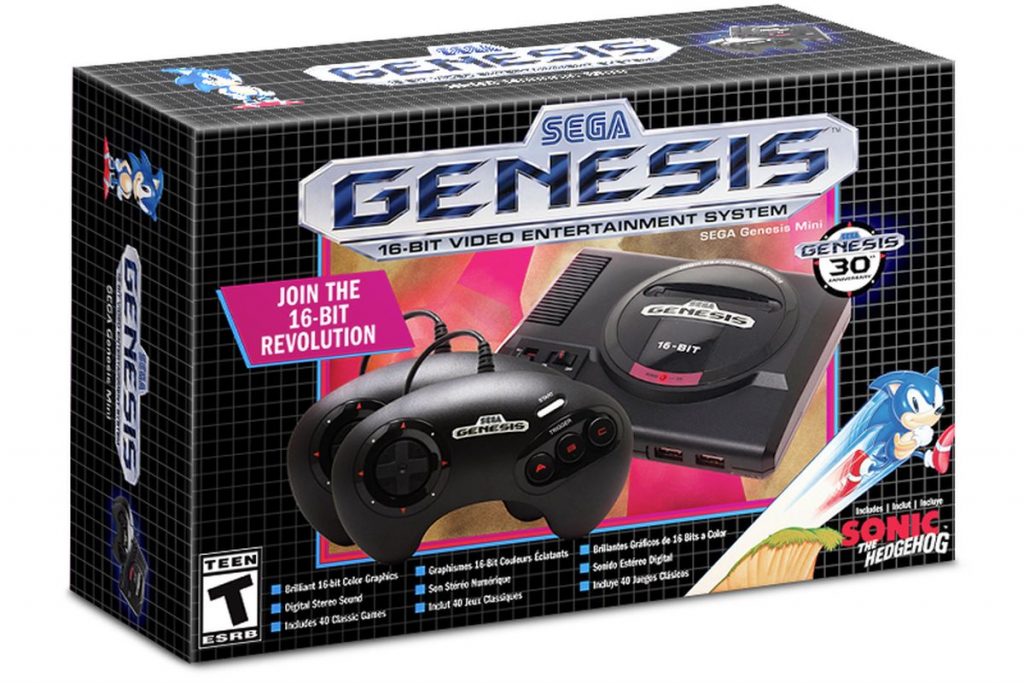 Some games will vary by region, with a few being Japan-exclusive due to a lack of previous western release. We have the full lineup of games that will be available in the US and European versions of the classic console:

Currently, the Sega Genesis Mini (or Sega Mega Drive Mini in some regions) is set to release on the 19th of September with two wired controllers and all 42 games pre-installed.

KitGuru Says: I had a Sega Mega Drive as a kid and later upgraded to the ill-fated Dreamcast. Personally, I am hoping that this mini-console ends up doing well. Are any of you thinking about picking one of these up after launch?