Following Patriot’s signature red and black theme, the Viper V370 headset ships in a medium-sized box, with a portion of the device showcased via a plastic window. 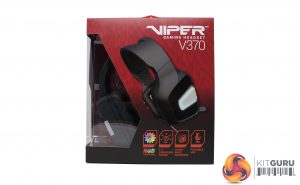 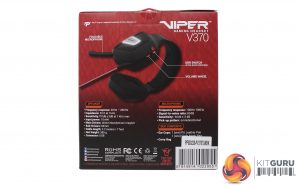 The back of the box gives all of the relevant information for the headset’s speaker, microphone and accessories, while prominently displaying some of the offered features via an infographic. 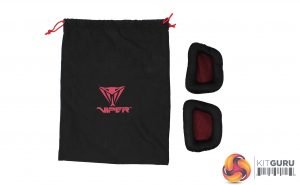 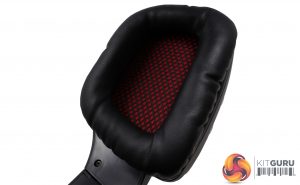 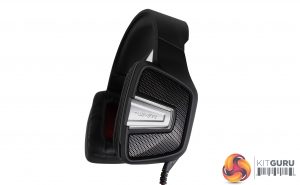 The default ear cups provided on the headset are the same trapezoid shape as the cloth variants, but with a completely faux-leather outer wall.

The headset itself is mostly black, with each ear cup sporting a mesh-look design and the Viper brand name showcased on a silver backdrop. Surrounding these silver sections is an LED strip that enables the V370 to show off its RGB lighting. 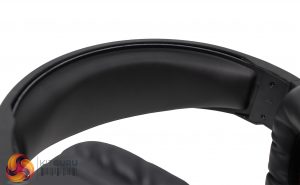 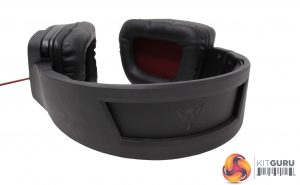 Moving in closer, the inner portion of the headband houses approximately half an inch of foam padding, encased in what feels like a different type of faux leather than that of the ear cups. The top part of the band is robust plastic, proudly showcasing the Viper logo in the centre. 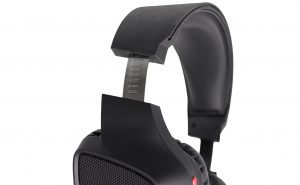 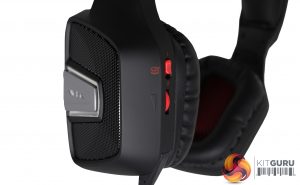 The headband is extendable via a metal slider, with convenient size markings shown through notches and numbers etched in. This is a nice touch, as it helps the information stand the test of time much longer than simply printing it on.

Returning to the ear cups, Patriot has opted to place its on-board volume control on the left hand side rather than a hub contained on the wire. This is often much more convenient to use, especially when mid-game. Alongside the volume wheel is the V370’s Ultra Bass Response (UBR) switch, which we will touch on a little more later. 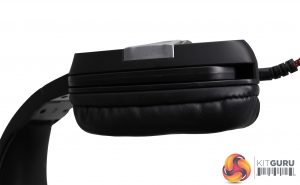 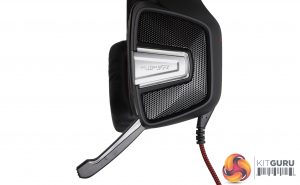 Also housed on the left ear cup is the foldable microphone that neatly tucks away when not in use. The boom arm is directly attached to the headset and can be flipped down to make use of its omnidirectional pickup pattern. The V370 also includes an auto-mute function when the microphone is flipped up, which is a neat addition. 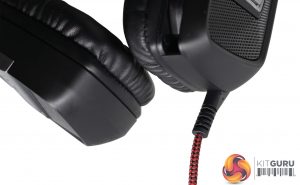 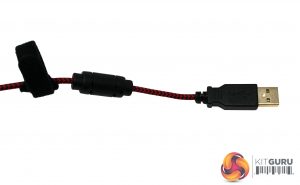 The headset uses a 2.2 meter-long braided cable sporting Patriot’s traditional red and black design, ending with a gold plated USB. It stems from the base of the left ear cup and cannot be removed.