To test the Viper V370, I used it as my daily driver for a month while gaming, watching videos and listening to music. In an effort to make this review easier to follow, it is split into five sections: Software, Lighting, Comfort, Sound & Features and Microphone Quality.

Firstly, the headset makes use of ‘Patriot Viper Headset V370’ software which is split into three menus: Speakers, Microphone and Lighting.

Right clicking on each menu reveals a set of sub-menus, which seems to continue Patriot’s habit of compartmentalising more than needed. For example, right clicking on Microphone allows you to access the Sample Rate, an entire sub-menu dedicated to switching between 44.1 KHz and 48 KHz.

This feels like something that could have simply been included on a single page along with the volume control. Some might even find it a little deceiving and forget that more options are tucked away if it weren't for Patriot's welcome message encouraging users to right click its menus.

That being said, each sub-menu is clearly labelled, easy to understand and Patriot has done its best to quell the initial deception by explaining in a welcome message that users need to utilise the right mouse button for more options.

As I’ve previously mentioned in other Patriot reviews, I’m not a fan of each device having its own software as those that own multiple Viper devices will have to dive in and out of multiple apps to adjust things, however those that own just one peripheral from the manufacturer will have access to a relatively lightweight piece of software.

The more interesting portions of the software lie in the Microphone’s Vocal Effects and the Lighting. With Vocal Effects, you can switch between 4 different presets that will comically alter your voice into sounding like a monster, a chipmunk-like effect, a man or a woman. Of course, none of these are truly necessary but they were quite fun to mess around with for a brief period of time and can be heard at the bottom of this page.

Lighting is, of course, the menu to customise the RGB LEDs found on each ear cup. The default is for the lights to remain off until enabled. Once activated, there are 4 presets to choose from: Static, Breathe, Blink and Heart Beat. Static is a solid colour, while Breathe fades the colour in and out. Blink cycles between the RGB colour spectrum, and finally, the Heart Beat effect reacts to the sound played through the headphones. 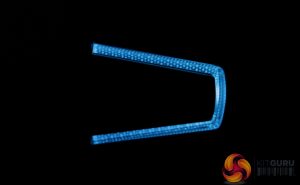 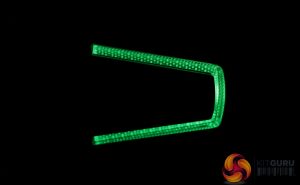 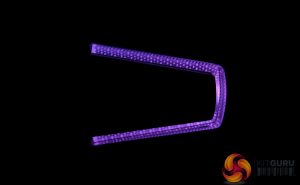 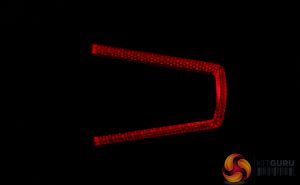 The lighting itself is incredibly vibrant, a strong suit that seems to persist throughout all of Patriot’s RGB peripherals, however due to Patriot using multiple applications for each device, synchronisation between each one is currently unavailable.

RGB lighting on the headset feels especially redundant given that the user will very rarely see the effects when wearing the V370, however I feel this would be a great point for content creators that use a face cam as their viewers would enjoy the crisp colours.

Considering the device is marginally heavier than competitor devices, it feels incredibly lightweight and clamps the head well enough to remain secure, but without causing fatigue.

The only real issue I encountered was the default faux-leather ear cups causing discomfort during longer sessions of use, as this would cause my head to sweat. Luckily, things weren't gross for too long as Patriot's provided cloth alternatives were not only more comfortable for longer uses, but incredibly easy to swap over to as well.

My only other concern is the rigidity of the headset. It’s robust enough to withstand wear and tear as well as perhaps an accidental drop, but it would have been nice to be able to rotate the ear cups 90 degrees when using and removing the headset.

Other than that the headband is rather comfortable, enabling hours of use without tiring me out or leaving any aches or pains.

Patriot’s Viper V370 has two modes, stereo and virtual 7.1 surround sound, both of which can be accompanied by its Ultra Bass Response (UBR) feature. This results in a lot of different combinations to suit a few different scenarios.

Stereo is the default achieved simply via plug-and-play and while lacking a little on the bass, it has a good focus on the mid-range that offers crisp and clear quality and touches on the high-end too. This made it easy to understand and appreciate vocals, while the impact of heavier sounds tended to be dampened in comparison. I will admit that this makes a change from the often overpowering bass included on other gaming headphones, and with this being a gaming device specifically, it will make some sacrifices.

Virtual 7.1 surround sound is enabled via the software, giving a much greater sound stage to enjoy. I wouldn’t usually recommend virtual 7.1 surround sound when indulging in competitive gaming, as the directional positioning can very much differ per device, however it was great for more cinematic experiences. It also helped emphasise a little more on the bass in comparison to its stereo mode.

The Ultra Bass Response feature was even more situational than virtual 7.1 surround sound, as it was hit and miss depending on the individual game, movie or music played. Initially it was something I struggled to enjoy using as it often left a hollow reverb-like sound that was strangely more prominent in the right ear cup than the left, however when it worked, it worked well.

UBR tended to shine more with busier soundscapes, favouring explosions and gunfire but even this was subjective per title. It was often distracting in games like Rainbow Six Siege where there are explosions aplenty, but a Michael Bay movie would be right at home with the feature. This is perhaps why Patriot included the UBR switch in such an easily accessible position on the left ear cup.

With the amount of options on the V370, it can shine for almost any use, it might just require a little tinkering beforehand to find a happy medium for whatever the user has in mind. Otherwise it provides excellent detail for its price point.

A gaming headset needs a good microphone to efficiently communicate with teammates, so I’ve made a short recording to showcase its general quality and another to show the 4 effects offered within the software.

The vocal quality of the microphone isn’t anything to complain about at its price point, however the noise cancelling boom arm tends to pick up much more than initially expected. Alongside static background noise, those with mechanical keyboards in particular will likely suffer, even if you’re sporting O-ring sound dampeners on the quieter Cherry MX Reds, like myself.