This is a pretty undistinguished black box. But then you’re not supposed to look at it, and considering the noise it makes (of which more later), you won’t want to be in the same room as it very often either. 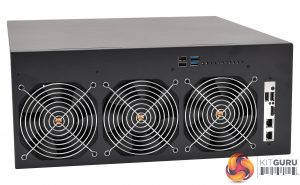 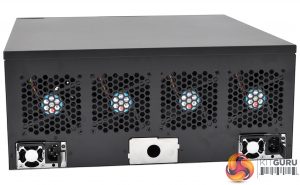 The front of the system is dominated by three 120mm fans, which are pretty much a necessity given the number of GPUs inside the case. The control CPU system board sits on the right of these fans, exposing its ports to the front. Above the front fans are four USB ports and a string of LEDs to show which PCI Express slots have graphics cards installed and are operational. The rear houses four 90mm fans so there’s room for the power supplies below. There are three slots for these, although as standard only two are populated. 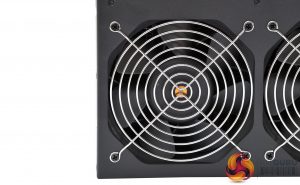 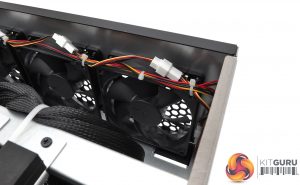 The 120mm fans on the front draw air into the system. Then the 90mm spinners take it back out again once it has passed over the GPUs. We should point out here again that this machine is NOISY. In fact, capital letters and bold typeface do not do justice to just how noisy this system is. We’ve stood near jet aircraft that were quieter. This is not a system you would want to have in a work room. It’s entirely intended to sit in a soundproofed machine room, away from regular human experience. 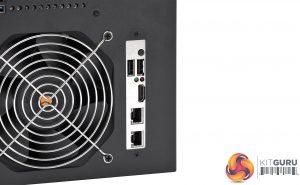 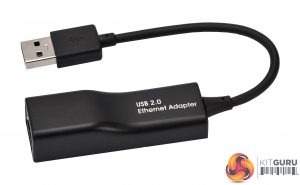 Although there are four USB ports along the top of the chassis, the main control brain for the INCA CS-14 is on the the PCB the other side of the silver panel. This houses two more USB ports, HDMI, and a pair of Gigabit Ethernet LAN ports. With seven of the PCI Express 16x slots populated with dual-GPU cards, the Ethernet ports on the control CPU board have to be disabled, so a separate USB-based Gigabit Ethernet adapter is supplied instead. It’s only a USB 2.0 adapter, but you don’t need a high bandwidth for mining hashes.

The control system is based around an AMD Embedded G-Series FP4 System-on-Chip (SoC). This combines a dual-core 2.4GHz “Excavator” CPU with 1MB shared L2 cache, AMD Radeon R4E graphics with three compute units, capable of driving up to 4K screens at 30Hz, and support for a single DDR4 memory SODIMM. Sapphire has populated the latter with 4GB of DDR4 memory. The SoC only has eight PCI Express Gen 3 lanes on offer, however, which is why it can’t drive seven slots plus its own onboard graphics, SATA controller, AND the separate LAN controller.

On the other hand, the beauty of the embedded SoC is that it has all you need to run an operating system and mining control software, but only draws 15W, so won’t contribute to the cost of running this mining rig significantly. Sapphire also includes a 128GB M.2 SSD to house the Linux operating system and software, but you’re probably not going to be making use of anywhere near this capacity for the intended purpose. 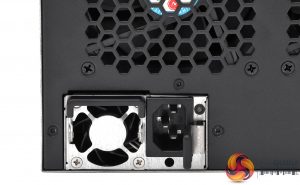 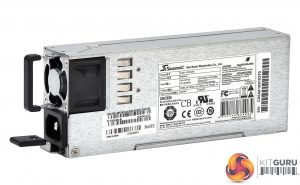 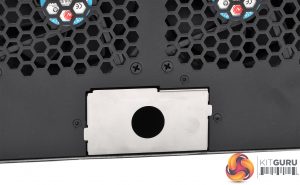 The PSUs slide out easily for replacement. Each one is an industrial-grade Seasonic unit rated at 1,600W output at 240V. Sapphire claims the system will draw 1,950W at full pelt, so this should be more than enough power, but just in case there are issues a third slot is available for one more Seasonic PSU, which will help carry the load and prevent the system falling over if one of the PSUs stops working. 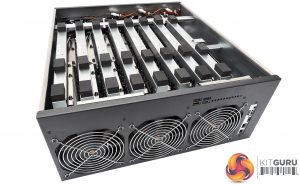 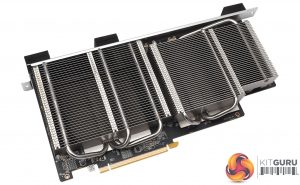 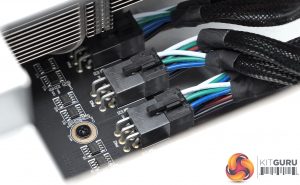 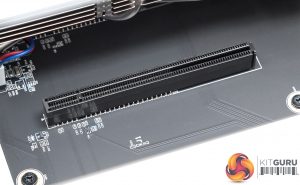 Finally, we get to the main feature of the INCA CS-14 – its hefty GPU complement. The graphics cards are held in place by special brackets, and there are in fact eight of these corresponding to eight PCI Express slots. Only the seven on the left are populated, however, with the right-most slot remaining empty. Each of the seven slots contains one of Sapphire’s custom dual-GPU mining cards, which require a pair of power connectors each.

There are two choices of card for the system, but given both use AMD Radeon RX470 GPUs, your only choice is whether you want 8GB or 4GB of GDDR5 per GPU. We were sent the former. Otherwise the cards are the same, with a 1,120MHz GPU and 1,920MHz memory frequency, giving you 224GB/sec of memory bandwidth. They are rated to provide a 58MH/sec Ethereum hashrate while drawing 240W of power. These cards are passively cooled, hence the massive array of fans driving air from front to back so the GPUs remain at optimal temperature. They don’t have any kind of video connectivity.

Just to underline that these cards are completely aimed at mining, they have a switch on the back providing two different settings. The default is optimised for mining Ethereum, but there’s an AMD default mode which may prove faster for other types of mining software. This switch must be altered with the machine off, because they switch between different BIOS code.

Next, let’s turn to the setup and configuration of the INCA CS-14.