We are testing the Synology DS211 within our gigabit network which is pretty much as good as you will get for a home or small office environment. It is a mixed network with several 1GBit switches for ultimate performance.

Firstly we perform a native network test to ascertain pure data throughput. Jumbo Frames have been set to 9k.

We averaged around 51 mb/s when writing to the DS211, this puts it into the highest performance bracket in the sub £300 market.

CPU time hovers around the 60% mark when writing to the Raid configuration with around 15% of memory utilised (around 45mb).

When reading to the DS211 we average around 98 mb/s which is fantastic for this targeted sector, vastly superior to anything else we have ever tested at this price.

We then read the same file back from the DS211, averaging around 98mb/s. CPU use drops to around 50% and memory demands are unchanged. We like the way Diskmanager colour codes read and write graphs with green and red respectively.

Next we created a folder of files, 500mb/s in size with a variety of data , from small database documents to larger jpgs and bmps. We expect to pay a slight penalty as we are using Jumbo frames set to 9k, however performance should still be good.

Mixed file transfer is very strong, falling in line with what we would expect. 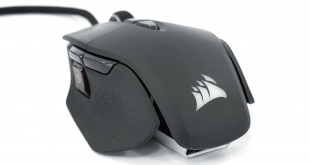