Over at MSI Beat IT 2014, the main focus is on the global gaming competition which brings together teams from across the planet for a chance to win over $113,000 in prize money. At the same time, there is some interesting hardware on show – and a lot of senior MSI personnel on hand to answer questions. We caught up with Eric Kuo, VP for the Notebook Division.

We will deliver a full and in-depth interview with Eric shortly, but for now we wanted to share some of the insights he gave us in a small room off the main competition hall in Taipei's ATT For Fun complex.

Eric started with his company's strategy on making desktop systems.

“It's not something we will do”, he explained. “We have an All-in-One solution and a barebone system with Nightblade, but that's it. We don't want to compete with our own customers. We don't think that is a good strategy”.

When KitGuru reviewed the Nightblade, it was clear that this would be something you can get from MESH, Overclockers or Scan – rather than from MSI.

This is a clear statement on direction from MSI.

We wondered about smaller form factor systems – maybe ones with a specialist operating system like Steam.

Smiling, Eric told us, “No, no, we will not produce an MSI Steam Box”.

“We have big manufacturing capability and this is the kind of product that a customer might want us to produce for them, but we have no plans for an MSI Steam Box”.

He then paused. Another smile, and said, “That doesn't mean we won't have something clever in a small form factor”.

So MSI won't produce a desktop to compete with customers, won't make a Steam Box with an MSI logo, but will help partners make Steam Boxes – and will have something cool in the small form factor market shortly.

“Not at all”, he replied. “Right now, community is one of the most important things for MSI. We are very happy with the success of Beat IT 2014 and we want to reach out further next year – to get even more teams and countries involved. We believe that the spirit of community, within gaming, is very important”. 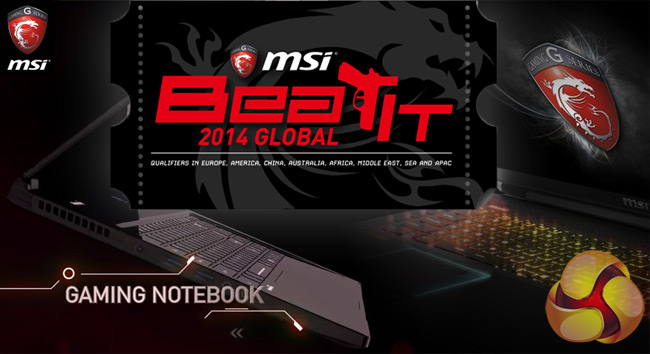 KitGuru says: Big sigh of relief from the channel when they hear that MSI will go out of its way not to compete with them head-2-head on the desktop. And a big smile on the faces of competitive gamers in far flung places, as MSI dedicates itself to supporting communities and competitions in a bigger way in 2014.

Is it right that component manufacturers steer clear of making complete systems – or should they make whatever they want? Let us know over on Facebook.