Throughout December and early January, we ran a series of daily giveaways for the holiday season. These were all ‘reviewer’ giveaways, in hopes that readers would come back and share their thoughts on what they won with us and other KitGuru visitors. We’ve had good feedback from several winners so far. This week, we are sharing a reader unboxing with you all, courtesy of Sam Mason, who won a Gigabyte Aorus Z370 Ultra Gaming motherboard from us.

Sam will be putting together a review at a later date once he's had a chance to source some extra hardware. In the meantime though, he has produced a well executed unboxing video going over the board:

KitGuru Says: Thanks to Sam for delivering this, the folks at the KitGuru office all enjoyed watching. We look forward to seeing more when the review comes! 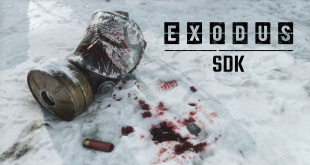