DIRT 5 gets even more PS5 enhancements

With the most recent generation of devices, it seems the video game market has shifted to offering longer-term support for games at cheaper prices – with next-gen remasters and upgrades being offered for free, as is post-launch content. Interestingly, we are now seeing other aspects being updated alongside this, including a game’s haptics, as can be seen with DIRT 5 and the PS5.

The 20th of July will see the game’s biggest update yet, bringing “New cars, new tracks, new ways to play, and much more”. All of this content is said to be further enhanced on PS5 thanks to “some dedicated changes that change the feel and sound of every epic racing moment.” 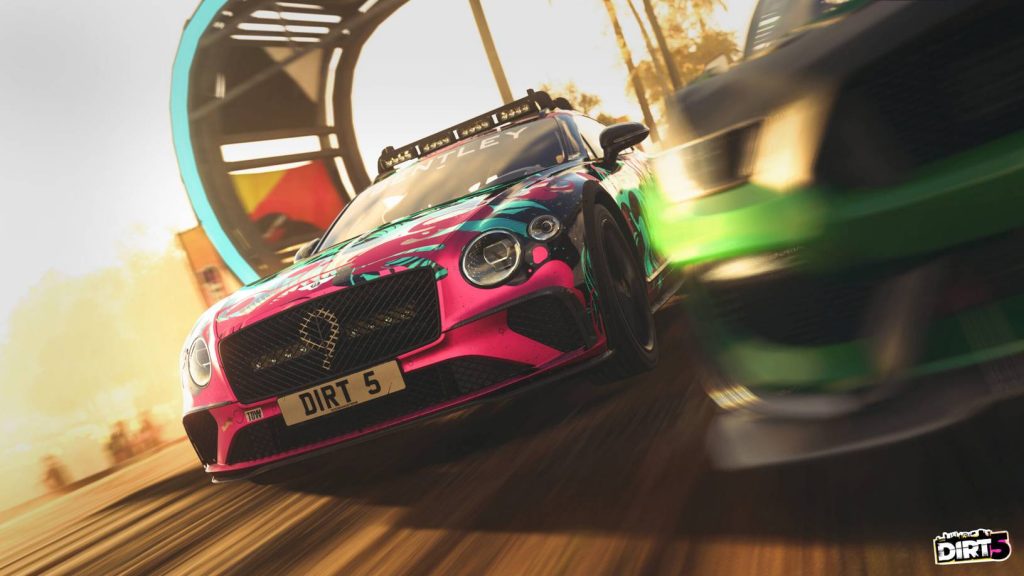 As mentioned, DIRT 5 already supported the DualSense and its unique features, however with this update players will “feel more connected to Dirt 5 than ever before with this update, as we implement full haptics and adaptive trigger support for the DualSense controller. These enhancements allow Dirt 5 to give you more feedback throughout every event. Notice the changes in traction across different surfaces, feel the brake trigger pushing against you as you slow down, sense the clunk of a gear change, and find the limit of adhesion as you steer and accelerate through corners.”

Alongside this, 3D audio support is being refined, letting you “Hear the roar of other cars racing all around you thanks to our dynamic audio range, and hear track-side speakers and spectators rise and fall in volume as you race by them. Our attention to detail with audio in Dirt 5, paired with the 3D audio support, creates a true soundscape that takes the overall experience up another notch.”

The haptic feedback and adaptive triggers of the DualSense controller is proving to be quite popular with both developers and fans. With games such as DIRT 5 evolving how it uses these features over time, it will be interesting to see how the controller is used 1, 2 or 4 years from now.

KitGuru says: What do you think of the DualSense? Are you excited by this update? Do you want to see further support for the DualSense? Let us know down below.

Previous Sonic colours: Ultimate is seemingly only 30fps on Switch
Next Rainbow Six Extraction has been delayed to 2022