3 months after its last update, the Nintendo Switch Online’s NES and SNES service is finally receiving new games. Joining the service on the 12th of December will be Star Fox 2, Super Punch-Out!!, Kirby Super Star, and Breath of Fire II for the SNES. The NES meanwhile will receive Crystalis and Journey to Silius. This brings the total number of SNES titles to 24, with the NES doubling it, at 48 titles.

Star Fox 2 is a “3D rail-shooter and [the] second installment of the Star Fox series” which “was first designed for the Super NES, but went unreleased until it appeared on the Super Nintendo Entertainment System™: Super NES Classic Edition system in 2017. This time, Emperor Andross is on a crusade to conquer the Lylat system and the Star Fox team itself. After a long wait, Star Fox is back in action”.

Super Punch-Out!! “Featur[es] the tight gameplay and humor the series is known for” with “this sequel to the NES classic see[ing] Little Mac return to the ring with the World Video Boxing Association belt once again at stake”.

Kirby Super Star has King Dedede having “stolen all the food in Dream Land. It’s up to Kirby to get it back and ultimately save Popstar from being taken over. There’s never a dull moment as Kirby dashes, flies and fights!”

Breath of Fire II is set “500 years after the original” and has you “take on the role of Ryu, the last member of the Dragon Clan. A cast of unusual and exciting companions join you in your adventures across a wondrous land full of magic and mystery”. 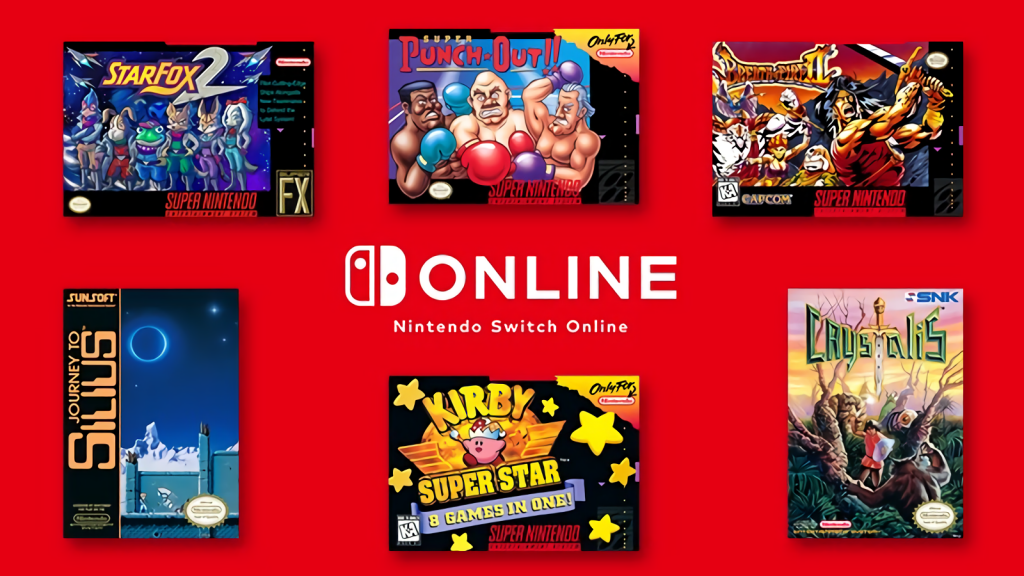 The titles coming to the NES service are Crystalis – “Set in a world where civilization lies in ruins, the young protagonist awakes from cryogenic sleep and the adventure begins. Collect the Sword of Wind and venture into the unknown”.

Lastly “Join Jay on his run and gun mission to take down the mechanical army responsible for his father’s death. Defeat endless waves of attack robots and fulfill his father’s dream of developing a space colony in the Silius Solar System” in ‘Journey to Silius’.

These titles will be joining the Nintendo Switch Online service on the 12th of December. Is it unknown when Nintendo will further expand the line-up next, as the company announced back in September that they would no longer be adding titles monthly.

KitGuru says: What do you think of these additions? What games are still missing from the service? Do you have Nintendo Switch Online? Let us know down below.