Bose launches $250 Sleepbuds designed to help you nod off

Bose may be well known for its products in the Hi-Fi and headphone space, but the company is trying its hand at a quality of life device this time around with the ‘Sleepbuds'. Following on from a successful Indigogo campaign, the Bose Sleepbuds are launching today, aimed at helping people block sleep-disturbing sounds for a better night of rest.

Bose initially raised over $400,000 for its Sleepbuds campaign after only looking for $50,000. Now that backers have received their Sleepbuds, the earphones will be making their way to the regular retailers such as Amazon and Best Buy. 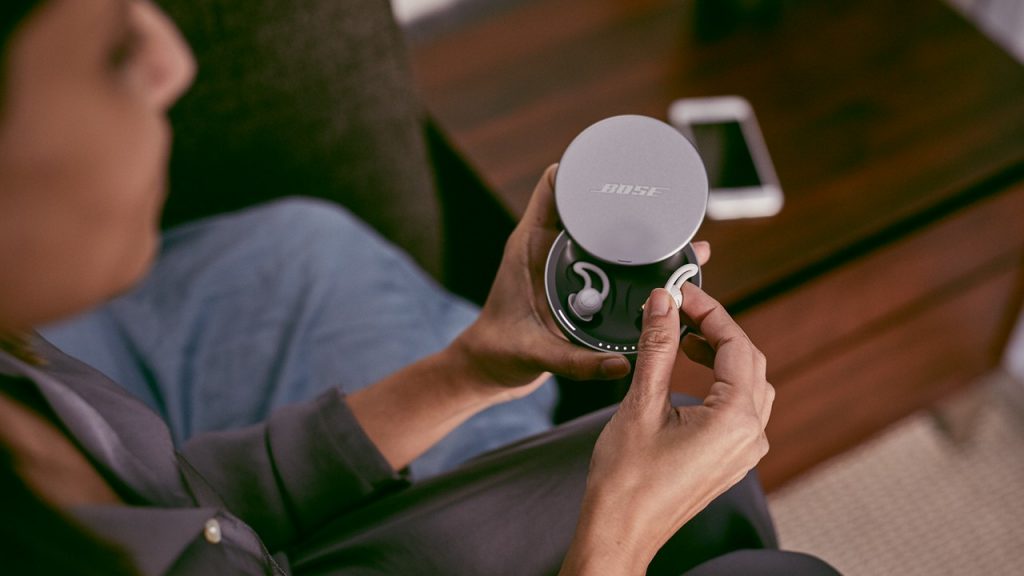 Sleepbuds might look like regular in-ear headphones, but they offer something quite different. In order to help users get a better night of sleep, these earphones play back carefully engineered soundtracks designed to passively block sleep-disturbing sounds. There is no noise cancellation though, so things like speech and sudden loud noises will still come through.

The Sleepbuds are designed to fit in your ear without protruding so that you can easily sleep in any position and not feel uncomfortable. They only weight 1.4 grams, so there should be no discomfort when wearing them for longs periods of time.

The Sleepbuds do not play music from external devices, so you’ll still need another pair to get you through the day. With that said, these are far from being cheap, setting back buyers by $250 through retail.

KitGuru Says: $250 is very pricey but people are willing to splash the cash when it comes to a good night’s sleep. What do you make of the Sleepbuds?