Today we are looking at a case designed for the smallest breed of motherboard, the mini-ITX, which was developed back in 2001. These are slightly smaller than Micro-ATX and their key feature is their low power consumption, making them ideal for Home Entertainment systems.

Recently we have seen the rapid development of APU's and as such the low-powered mini-ITX systems can perform all but the most demanding tasks, as such their place in the home/office has never more likely.

The BitFenix Prodigy looks to be in a league of its own, as it has so many features that you would only expect in a full-sized tower chassis. The version we have today is the lovely ‘Arctic White' colour scheme, but it is also available in Black as can be seen below.

Even though the Prodigy is smaller than a standard chassis, the packaging has the same BitFenix theme that we have seen throughout their range.

As we'd expect, the chassis is protected by two Styrofoam blocks, as well as a plastic wrap.

After taking the product out we found the Quick Installation Guide at the bottom of the box. This is fairly in-depth and covers everything except how to install the motherboard.

Of course, there are a selection of screws and other mounting brackets included.

The Arctic White is very nice, and will look great in a bedroom or living room environment. We are certainly impressed with the overall looks and design of this case, especially in regards to the ‘handles' on the top and bottom. The left-hand side of the case has a fairly large grill to keep the components cool.

From the front, we can see there is only a single external 5.25″ bay, but this should be enough for an HTPC system build.

On the right-hand side of the case, we find the Power On and Reset buttons, as well as 2 x USB3.0 ports, a microphone and headphone socket.

The back of the case is unusual and is dominated by a 120mm fan, compared to the size of the case this is quite large!

The main point to note is that the motherboard is to be mounted horizontally so the I/O panel is positioned to accommodate this. The BitFenix Prodigy also has 2 PCI slots, potentially allowing for a graphics card and sound card to be fitted.

From the bottom of the case we can see that they have even included dust filters on the power supply intake fan grill.

Taking the sides off the case we were pleasantly surprised to see the large number of 3.5″ bays that this case can accommodate. They have also compartmentalised the power supply allowing the user to mount the motherboard on top, making the best use of the space.

Looking more closely, we can see there are 2x 120mm fans included, one at the front and one at the back.

The front fan space is actually large enough to accommodate an impressive 230mm fan (something we saw on the large BitFenix Shinobi XL).

The 5.25 inch drive bay is removable so that you can:

b) put a 240 mm, thick radiator with fans in the ceiling

The rear fan space can also be upgraded to a 140mm fan, offering impressive airflow through such a small chassis design.

The top of the case features another dust filter, but beneath it we found that 2x 120mm fans could also be fitted, showing this case has a lot of potential in terms of thermal performance.

We first removed the power supply cover by unscrewing 4 thumbscrews.

We could then slide the Akasa Venom Power 750w power supply in and then fasten in place.

While the Akasa Venom is not exceptionally large, we were a bit restricted on space, and as the cables (modular) emerge from the back of the power supply this is a bit fiddly to push in place. Another inch of space would have made the installation of the power supply easier.

On the right-hand side of the case we found that you can install 2x 2.5″ drives, so we went ahead and installed an SSD Boot Drive and a secondary mechanical drive. This is certainly making the best of the space, but fitting SATA data and power cables is a bit fiddly and best saved till last.

We then installed the motherboard, which is fixed in place with only 4 screws. As you can see there is a lot of space which would allow us to fit a CPU cooler if our motherboard supported it. There is also an impressive amount of space for a Graphics card.

We then installed a 3.5″ HDD, which uses the same 3.5″ trays as the BitFenix Shinobi, so the HDD just clips in place and then slides in.

We then cabled everything into the board, which is a bit fiddly as it is hard to route cables underneath the motherboard. However, given time, and the right cable selection this could be a very tidy system.

Today we are going to test the BitFenix Prodigy with our MSI E350IS-E45 which uses the AMD E-350 (Zacate) APU.  While this isn't the fastest and greatest Mini-ITX configuration, it is a more likely set-up for those of you who are going to be using this case as a HTPC or Media Server.

We will be using the BitFenix Prodigy in its default set-up with just 2x 120mm fans, and then we upgraded to 2x 140mm Phanteks fans. We know these will provide a greater airflow while emitting less noise. Unfortunately this motherboard only has CPU Core temps and the HDD temps available to us.

Room ambient temperatures were maintained at a steady 18c throughout testing and the coolers were all set to their maximum fan speed.

The airflow system of this case is much like any larger chassis with intakes at the front, and exhaust at the top and rear.

This shows that even with the CPU temperature increasing quite significantly, the HDD temperature was hardly affected. The case does manage to get the hot air out of the case, even with such diminutive dimensions.

By adding the 140mm fans it didn't really effect the processor temperatures much at all, due to the heatsink design of the motherboard – it sits below the height of the memory so airflow from the case fans doesn't pass over the CPU heatsink.

That said, it is clear that the hard drive temps were significantly better so you can still see the cooling potential of this case. With a large 230mm fitted at the front of the case the temperatures would be very low for a tiny noise output.

Today to test this chassis we have set our Digital Sound Level Noise Decibel Meter Style 2 one meter away from our case.

We temporarily turned off our CPU fan, so we were just testing the case fans.

This case in its default configuration is very quiet and measured at the accurate limits of our measuring hardware.

If you wanted to improve the thermal performance you would have to compromise in regards to noise emissions, but then again, this case does support watercooling so there are plenty of options available.

The Bitfenix Prodigy Mini ITX is a great choice for a living room or bedroom environment. Even though the chassis is tiny, thanks to the clever design very few compromises have been made.

On top of that this chassis has serious cooling potential with additional space for 5 x 3.25″ drives and up to 9 x 2.5″ drives. This will accommodate a huge audience of enthusiast user interested in building a capable system.

BitFenix have managed to accommodate positions for two 120mm fans alongside a single 140mm and 230mm fan. This is certainly an impressive achievement in a case this size, although it is a shame Bitfenix didn't bundle a 230mm fan with the Prodigy.

The acoustical performance of this chassis is decent, however it could easily be improved by upgrading to 140mm fans, especially if you spend a little extra for BeQuiet! low noise models. As such, you could build a fairly quiet air-cooled system, perfect for everyday use or as a media center.

If you wanted to go opt for watercooling, then the Prodigy offers support.

This impressive chassis retails for just £59.99 at OCUK which is amazing value for money. 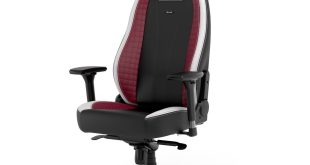