While not the sexiest subject to write about on a regular basis, high quality cooling fans can really make a difference within an up-to-date gaming system. Today we are taking a look at Be Quiet! Silent Wings 2 80mm, 120mm and 140mm fans. Are these the ideal choice if you want to reduce system noise levels?

The Be Quiet! Silent Wings 2 are shipped in fantastic packaging, with the main focus on the product picture and the model. The larger the fan, the bigger the box, but the theme remains the same.

All three fans feature a front opening panel which allows you to see the product and the mounting clips. Inside, along the left is a list of key design concepts, ideal for browsing in a retail store.

BeQuiet! have included a user guide which details the installation procedure.

Included with all fans is a packet of screws, rubber pin-style clips and a three-way speed fan cable. Also included in the retail version is a long 3-4 pin adapter designed for use with fan controllers.

The internal packaging holds both the fan and the two sets of mounting fixtures in place. The fixtures are the same size for both the 140mm and 120mm fans, but are smaller for the 80mm fan.

The first fixture type is to be used with the rubber pins which are thin but sturdy. This fixture pushes into each corner of the fan until it clicks in place. It is a very tight fitting.

The other fixture allows you to use a conventional screw to secure the fan, and again it is pushed into each corner of the fan until it clicks in place.

The fan design itself is very attractive and the outer frame is unusual by design, it is thin around the centre of the fan.

Images of the two different mounting systems once installed onto a fan.

To test these range of fans, we decided to strap them to a Xigmatek Dark Knight Heatsink (part of the Night Hawk Edition CPU Cooler), as this allowed us to install a different range of fans from various manufacturers.

To compare against the Be Quiet! Silent Wings 2 fans, we will be using the Xigmatek 120mm fan (included with the Night Hawk Edition CPU Cooler), as well as the Phanteks PH-F140TS_OR.

We like to try and mirror ‘realistic’ conditions when possible, so instead of the ‘open bench concept’, we are mounting our test system inside the BitFenix Shinobi XL case that we recently reviewed, which does offer very impressive thermal performance in itself, as such our temperatures can’t be compared directly to previous tests.

Room ambient temperatures were maintained at a steady 20c throughout testing and the coolers were all set to their maximum fan speed.

Our thermal results are conclusive, showing that the Xigmatek provided the best performance by a clear margin, with the Phanteks 140mm just beating the Be Quiet! 140mm fan. The Be Quiet! 120mm takes up last place.

Now we turn to the sound level output of these fans, and we expect Be Quiet! to do well in this test, as they are specifically designed to emit very little noise.

The Be Quiet! fans are inaudible to the human ear unless placed extremely close (within hair cutting distance!).

The Xigmatek fan may have delivered the best thermal performance, but the downside is the high level of noise emissions. The Phantek fan is quiet yet offering a little more airflow than the BeQuiet! fans.

The Be Quiet! Silent Wings 2 fans’ have been designed to deliver excellent performance while being almost silent. In this regard they dont’t failed to deliver the goods.

If you have read the review and seen the acoustical performance of the Be Quiet! Silent Wings 2 then you will agree that they should be considered as class leading products. The 120mm and 140mm fans are useful in a variety of situations, and the 80mm fan will prove useful for specialist applications.

Comparing the 120mm fans, and looking at the thermal performance specifically, it is clear that the Xigmatek fan forced the most amount of air through the heatsink and as such lowered the thermal overhead. This is not surprising as this fan was designed as a processor cooling fan specifically, developed to spin faster.

The equivalent Be Quiet! 120mm fan only rotates up to 1,500 rpm and as such the airflow is much lower. That said, the difference in acoustical performance is incredible … in favour of BeQuiet!

Both 140mm units have been designed as case fans, and as such, they only rotate at 1,200 RPM (Phanteks) and 1,000 RPM (Be Quiet!). While the thermal performance of both is similar, the Be Quiet! 140mm fan is noticeably quieter. If noise emissions are your primary concern then the BeQuiet! fans are certainly the best option.

BeQuiet! don’t cut corners in regards to packaging and presentation. They have also included two different mounting systems, which are a little more complicated than we would like, but they do work well.

ARIA stock these fans, around £13 for the 80mm, £14 for the 120mm and £15 for the 140mm. They are expensive, but very much worth the cost, especially if reducing system noise is a primary concern. 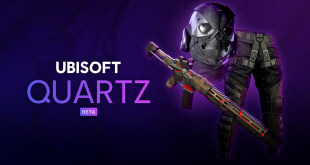