One of the biggest surprises of 2010 was the CPU cooling launches by Thermaltake. While the company has created some of the neatest looking coolers you’re likely to see (think V1), the cooling capability was not always there (think V1). The Contac29 and Frio changed that dramatically in 2010, but is Thermaltake sitting back or continuing to evolve its designs ? KitGuru sneaks a look inside Tt’s lab.

Without doubt, Zardon’s favourite air cooler is the Noctua NH D14. He even calls it ‘The Austrian Sandwich’, this beast of a cooler has been the yardstick for CPU chilling technology since it launched in November 2009.

Having got as far as the Frio, it now seems that Thermaltake’s engineers have an eye on the prize and they’re going for in on the CPU cooling front. It’s a tough job, can they do it?

Initial testing inside the Thermaltake lab seems to indicate that they’re on the right track.

Let’s just say this nice and loud up front – what’s been seen/photographed/reported was entirely prepared by the company making the product. Don’t change any of your purchasing plans until the KitGuru labs have had hands on with the new kit (watch this space).

OK, product warning out of the way, let’s have a look at some of the snaps.

The old and new Frio product boxes side by side show that the OC KING does in fact use less packaging.

So there you have it. Exclusive pics from inside the bunker – and they’re definitely showing more than a few heatpipes and fins, but what exactly are they telling us?

No indication on price, but we’d be surprised if it was much more than £10 over the Frio – even with the additional heatpipes and improved fan system – which would still put it way under the NH D14 in terms of wallet-pain.

KitGuru says: We’ve heard that the internal video that Thermaltake were shooting in these snaps will be available soon. Once we’ve seen it in HD-action, we can give you some more details. Only truly believe this remarkable demonstration once Zardon’s put the new Frio OC King under the ‘microscope of enduring holy truth’ in the KitGuru Lab.

Chit chat below – full blown bellow in the KitGuru forum. 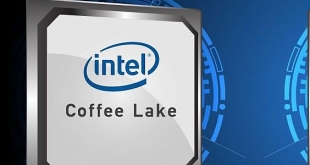 Intel has announced that it will discontinue its 8th Generation Core desktop processors. The CPU …