Today we are looking at the VTX3D HD7990 Graphics card, a flagship product created by partners after AMD failed to deliver an official dual GPU product this year. The VTX3D HD7990 in particular has generated a lot of interest as it is the least expensive HD7990 in the UK today available at £679.99 inc vat, significantly cheaper than both Club3D and Powercolor models. Dabs are also offering a £40 cashback voucher in December, bringing the total price to £640 inc vat.

The total cost may still be enough to bring grown men to their knees, but it is worth pointing out that the Nvidia GTX690 is still priced around the £850 point, or around £200 more than the VTX3D HD7990.

The VTX3D HD7990 is based around two Tahiti XT GPU's running at HD7970 speeds of 925mhz core and 1,375mhz memory. The company have added a red button to the card, which we will discuss later in the review.

As the image above shows, the VTX HD7990 graphics card is much larger than a HD7970. The cooling for the card is a custom triple slot design which covers the whole PCB.

The two GPU's are allocated six 64 bit memory controllers which are connected to two 256MB GDDR5 modules each, bringing the total memory count to 6GB. Both GPU's have a memory bandwidth of 264GB/s. It is important to note that the HD7990 is not based around two of the latest HD7970 ‘GHZ' Edition cards, hence the more modest clock speeds of 925mhz. We will look at overclocking later in the review to see if we can push both GPU cores to 1,000mhz+.

Previous Mayans right – It’s the End of the World (of Warcraft)
Next So what do we Wiki? Top 10 searches revealed 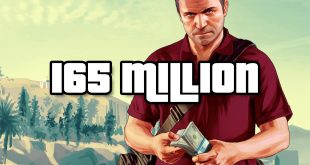