Although HGST, a subsidiary of Western Digital Corp., introduced its 10TB hard disk drive earlier this month, the company has never revealed when it plans to release the product commercially. This week a representative for HGST finally said that the company will start mass production of behemoth HDD in early 2015.

Vincent Chen, the general manager of HGST Taiwan and Shanghai revealed at a press conference on Thursday that mass production of HGST’s rather unique 10TB hard drive is set to start in the first quarter of 2015, reports DigiTimes web-site. Commercial shipments of such HDDs will likely start in Q1 2015 or Q2 2015, depending on when exactly mass production begins.

HGST’s Ultrastar 10TB SMR HelioSeal hard disk drive combines a number of leading-edge technologies. The drive is based on seven 1.43TB SMR [shingled magnetic recording] platters and is filed with helium. Nothing more, including spindle speed, performance figures, etc. is known about the novelty. 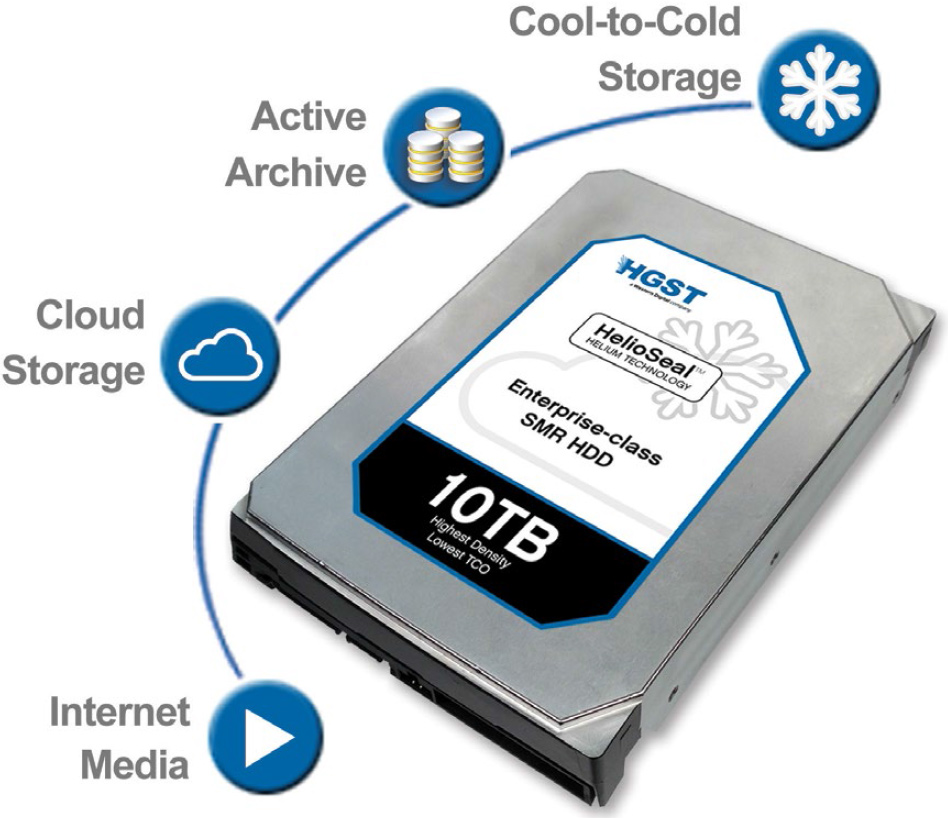 Typical 42U capacity-optimized storage cluster can hold 360 3.5” hard disk drives. With 4TB drives such cluster can store up to 1440TB of data. With 10TB drives, its capacity will total 3600TB of data.

KitGuru Says: It will be interesting to see what Seagate Technology will offer by Q1 2015. While the company has not announced any plans regarding sealed HDDs, it still could use SMR platters for hard drives designed for cold-storage applications.

Previous Apple defends iPhone 6 Plus: our phones are beautiful and sturdy
Next Samsung begins to produce 3.2TB NVMe PCIe SSDs with 3D V-NAND