A couple of months back when Super Mario Maker launched on the Wii U, GAME customers in the UK found themselves charged five times for their pre-orders of the title. Now, it seems that GAME is having similar issues with Fallout Pip-Boy Edition pre-orders, with some people being charged twice for the game, while others are finding their orders cancelled entirely.

A friend of mine got in touch this morning to show me an email he had received from GAME, showing the initial £99.99 charge he was expecting for the game. However, an additional £83.32 charge was also issued, and other reports across the web seem to show that others are facing the same problem. 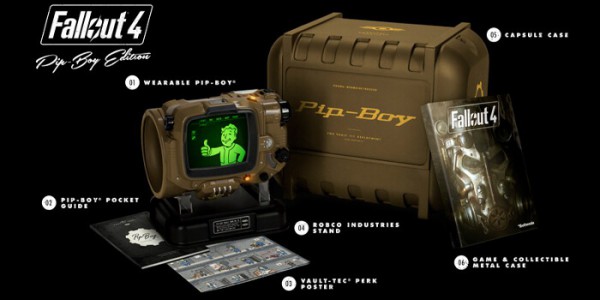 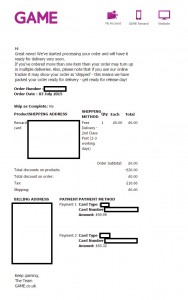 Some GAME customers have been receiving other emails, stating that their payments failed to process and that they would need to contact customer service in order to get their pre-order fixed. Unfortunately, the lines are flooded at the moment, with many customers complaining about hour long waiting times to talk to anyone, the site's web chat option also appears to be having issues.

So if you pre-ordered a Fallout 4 Pip-Boy Edition here in the UK, double check your emails for anything from GAME, as it seems they have screwed something up.

KitGuru Says: GAME really needs to get its act together, overcharging for pre-orders is bad enough but this error could cause some to lose out on their collector's edition copies of Fallout 4. Did any of you pre-order through GAME? Have you had any emails like this?