Google is planning an Android TV

Google is reportedly planning to release an Android TV, the new service will go head to head against Amazon's recently launched Fire TV as well as the rumoured revamped Apple TV. However, this isn't Google's first time releasing a TV service, previously the company released Google TV but it failed to really take off but now the company is ready to try again.

One of the biggest problems with Google TV was that there was very little Android integration so it didn't really fit in to the ecosystem the company had set up. According to The Verge, this time the Internet giant is going to do things right with a revamped service based on its mobile operating system. 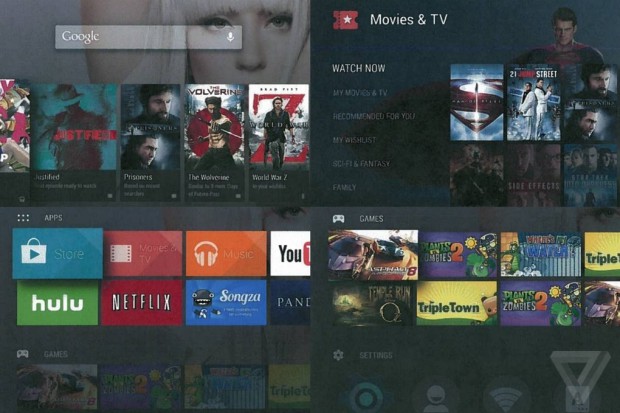 Much like the FireTV, the Android TV will include game support and you'll be able to buy an optional controller, that said, with this being Android based, you will likely be able to use any bluetooth controller which keeps your options open.

KitGuru Says: We don't have all the details yet but an announcement will probably come soon. The pictures look good but it will be interesting to see what this means for the Chromecast, which only just arrived in the UK last month.

Previous Game sales figures still very strong in the UK
Next Win STEAM game of your choice (or TitanFall) this week!