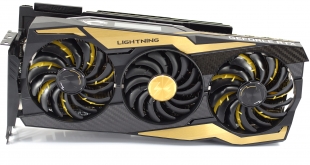 If you are a hardware enthusiast, then MSI's Lightning series will need little introduction. Designed to offer ‘balls to the wall' performance, with not a thought for power consumption or physical limitations, these cards are often the best in their class. Today we look at the latest in this high-end family – the RTX 2080 Ti Lightning Z, with an MSRP of £1439. If you just want the best of the best, regardless of the cost involved, is this the card for you?

If you thought £1099 was asking a lot for the RTX 2080 Ti Founders Edition, then you will probably just laugh at the £1439 MSRP for MSI's RTX 2080 Ti Lightning Z. Matters aren't helped by the fact that, at the time of writing, the cheapest we have seen it on sale for is £1499 as stock appears to be very low, though MSI is optimistic it can get more stock into the retail channel shortly.

Even so, RTX 2080 Ti was never about offering good bang for buck – it's about getting the absolute fastest card you can, regardless of cost. In that sense, the Lightning Z makes several improvements to eke out even more performance – including upping the boost clock to 1770MHz, beefing up the GPU power delivery, and delivering quite possibly the largest cooler we have ever seen on an aftermarket graphics card. 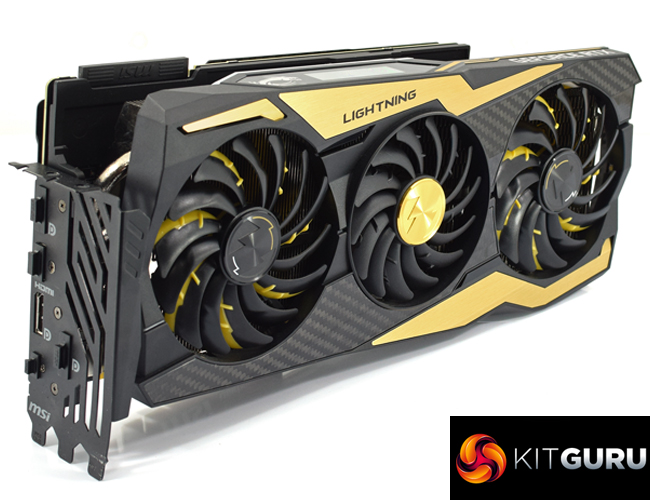 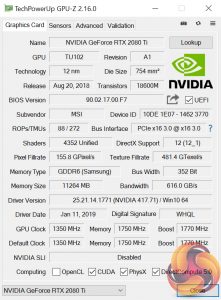 While the number of SMs, CUDA cores, RT cores and Tensor cores is the same for every RTX 2080 Ti, Nvidia did things a bit differently for the clock speed of its flagship graphics card. That's because the reference boost clock for an RTX 2080 Ti is actually 1545MHz, while Nvidia's sells its own Founders Edition cards with a factory overclock of 1635MHz. That means MSI's Lightning 2080 Ti, with a 1770MHz boost clock, is actually 225MHz faster than reference speeds, and is still 135MHz faster than the Founders Edition.