SSDs use NAND flash memory that degrades with use, therefore turning all the data stored in it inaccessible and pretty much unrecoverable (recovering is possible but expensive). Despite not being able to prevent your SSD from eventually dying, you can back up the data stored in it and pass it on to another storage solution.

Fortunately, Microsoft thought it was a good idea to notify users that when their SSD has reached a certain level of degradation, notifying and recommend them to back up their data to prevent data loss before the drive fails. This storage health monitoring has been added to Windows 10 Insider Preview Build 20226, allowing Windows Insiders to test it and give their feedback about this feature. 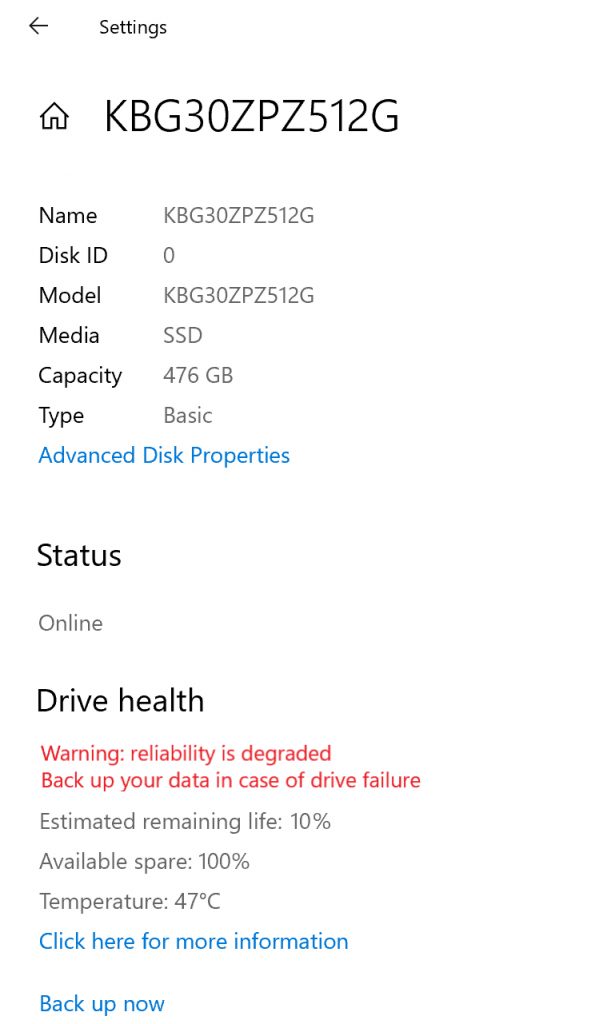 When the SSD's “reliability is degraded”, Windows will inform you through its notification system. If you have Windows 10 Insider Preview Build 20226, you can access the storage health monitoring tool by clicking on the notification when it pops or got to the drive properties in the Storage Settings (Settings – System – Storage – Manage disks and volumes – Properties).

This isn't a new feature per se, but adding it to the OS is much more convenient than using a third-party application. Such a feature would be a welcome addition to the upcoming consoles, given that they use SSDs to store data.

KitGuru says: Have you already downloaded the Windows 10 Insider Preview Build 20226? What do you think of the storage health monitoring tool?