Xbox’s Games with Gold for November have been announced

Though Xbox Game Pass has very much become the flagship subscription service for Microsoft’s Xbox, the console manufacturer still gifts its Xbox Live Gold subscribers with a number of free games each month. Though not as exciting perhaps as neither Game Pass nor PlayStation Plus’ offerings, subscribers in November can get their hands on Aragami, a LEGO game, and more.

For the month of November, subscribers of Xbox Live’s Gold service will receive: 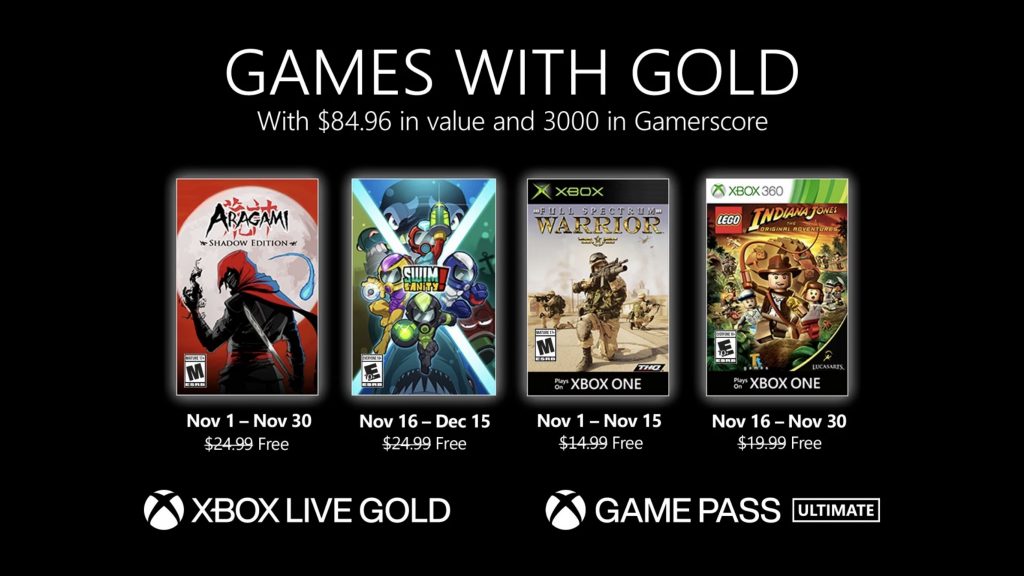 The headlining title is perhaps Aragami: Shadow Edition, which sees you “play as the undead assassin with the power to control the shadows.” You can “dispatch your enemies utilizing a wide array of powers in the solo campaign, or team up with a friend in cross-platform online multiplayer as you put your stealth abilities to the test”. Aragami received mostly positive reviews from critics, though fans were less kind to the stealth-action game.

Originally released on the Xbox 360, though available via backwards compatibility, LEGO Indiana Jones sees you take control of the iconic film star (in LEGO form), as you “Build, battle, and brawl your way through all your favorite cinematic moments in the tongue-in-cheek Lego style”. LEGO Indiana Jones received a consistently positive reception from both critics and users alike.

Microsoft also recently announced which games will be coming to its Game Pass service, the exact details of which can be found HERE.

KitGuru says: What do you think of this line-up? Is Xbox Live Gold redundant in the age of Game Pass? Which Indiana Jones film is your favourite? Let us know down below.